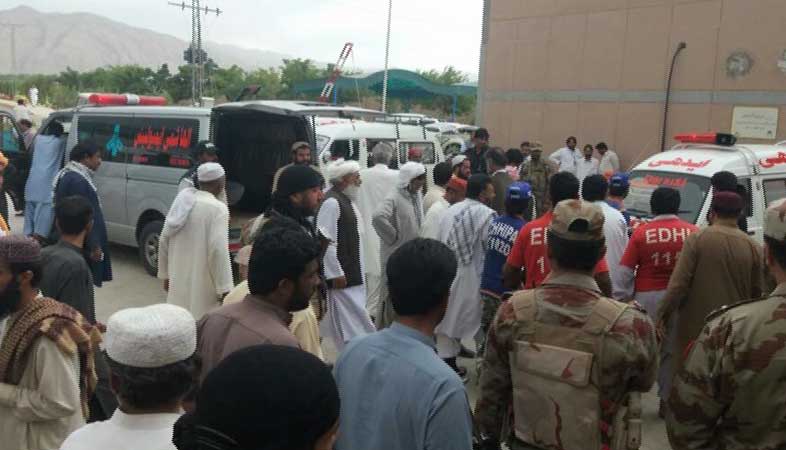 At least 25 people have been killed and over 36 others have become injured as a bomb hit the Deputy Senate Chairman Ghafoor Haidery’s convey in Mastung, Balochistan.

According to the sources Jamiat Ulema Islam (F) leader’s convey was passing near a mosque after Friday prayers when a ‘suspected’ suicide bomber blew himself near Haidery’s car.

DPO Mastung said, it was a suicide attack which targeted Maulana Ghafoor Haidery.

Doctor Shafi Zehri in Mastung Hospital confirmed that they had received 25 dead bodies and over 36 injured.

“The nature of the blast is yet to be known and we are not confirmed whether it was a suicide attack or a remote control bomb”, Another Police Officer Safar Khan said.

The driver of the car lost the life while Maulana Ghafoor Haidery received minor injuries.

According to BBC Urdu, the extremist group ISIS (Daesh) has claimed the responsibility for the suicide attack.

On the order of health minister, emergency has been declared in Mastung and Quetta hospitals in order to provide better treatment to the injured.