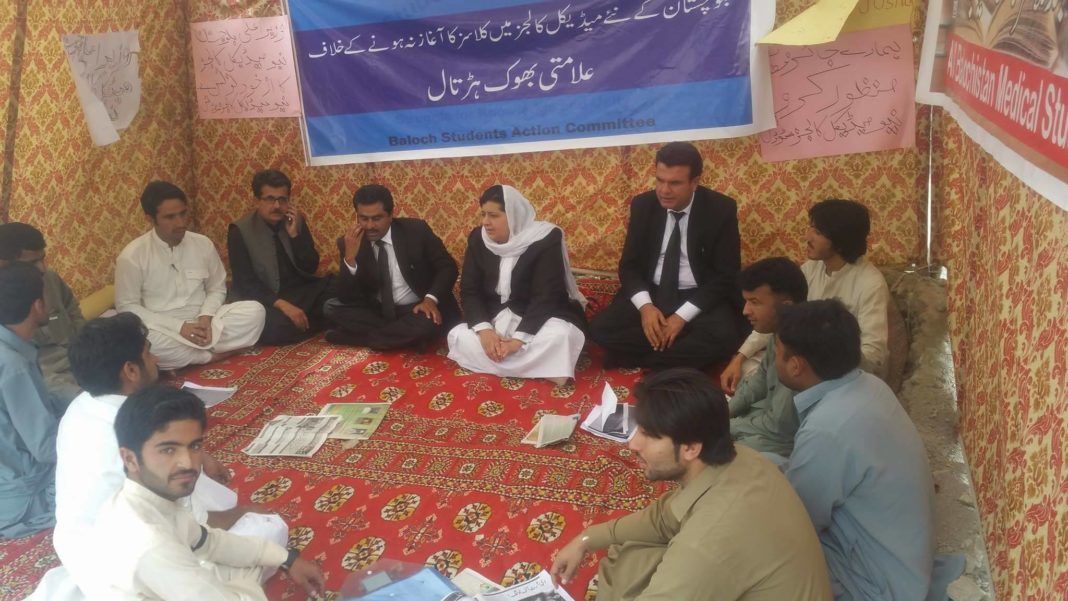 Baloch Students Action Committee has warned to expand the level of strike if government continues to show negligence.

The hunger strike of the students has enter the fourth day, but the government officials have turned a blind eye towards the agitating medical students.

The medical students are demanding from the government for initiating classes in new medical colleges of the province, but the government officials seem to be paying no attention towards addressing the concerns of the students.

Activists of National Party, Insaf Students Federation, and President of Baloch Doctors Forum visited the camp and expressed deep concerns over the non-seriousness of government towards solving the genuine issues of medical students.

BSAC warned that if the demands were not fulfilled, the organization would consider extreme means of agitation.