Home Balochistan Mubarik Qazi, A Poet Of All Time 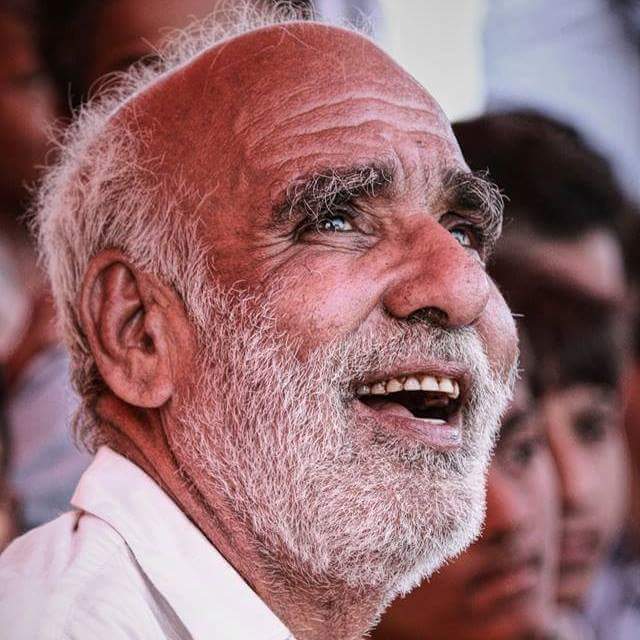 Very few people know how to play with the raging thoughts of people through words and rule their hearts winningly. The ones who are expert at this are revered ever, loved ever, and lived ever.

In our surroundings pointing fingers at the character purposelessly and jealously is considered more valuable than that of the art of that person; no doubt, character is integral part of life without which one is simply thought for nothing. My request to the readers is about whom I have taken the pen to paper should pay concentration on his art or creativity more than the personal look and attitude.

Poets express love, history, hidden feelings, shape or reconstruct the broken society so stably, brighten the gloomy picture of hapless and disappointed life, tell you sometimes your own existing through their poems which you read and get shocked; they try to create thoughts in you regarding your own surroundings, your own reflection and your own ideas, many times it happens that a poet is just surrounded by his/her own problems and cannot think out of his grieves.

I confess wholeheartedly that every field is unlimited whether that is of poetry, music, paintings, or etc. Every field has got some its own aspects around and requires comprehensive study. Perhaps, my study is just confined to some poets, but I do say I could find this poet being read or listened by the all classes of our society enjoyably.
Mubarik Qazi, who leads and  guides more than a true leader by his inspirational poetry, got birth in Pasni on 24th-12-1956. Pasni is considered the City of Poets in Makuran.

Getting born in a religious family, completing his matriculation in his native area, he in 1972 with vengeance to study further took admission in Sindh Muslim College; unfortunately, he couldn’t carry it on due to some usual reasons and started his family business. He couldn’t maintain what he had taken on his shoulder; afterwards, for six months he worked in Balochistan Fisheries Department as a laboratory assistant. In 1975, he began working as a contractor, but he couldn’t find his niche in it. In 1978, he once again went to Karachi for higher education, where he passed his inter-combined exam and took B.A admission in Urdu Arts College.

Further, he was kept behind bars because of standing against Martial Law and being involved in different activities against government. When he was getting education in Karachi, he remained connected with literary gatherings and etc. It was 1983, when he passed his B.A exam and in 1984, he left for Shaal (Quetta) to get M.A degree from Balochistan University. In 1986, he got the degree of M.A in I.R, he also has the honor to be first M.A degree holder in his native place.

He has been a very active activist of many magazines, literary societies and many more. So far, his three books have got published and one is still in process. The first Zarnawisht, the second, Shaag ma’n sabz’en sawada, the third one, Mani ahd ae gam ae kissa and the fourth one Hani mani maaten watan(which is not yet published).

To me, a poem is created when one feels the wide mouth dumb, bright eyes blind, sound ears deaf and the time when one is afraid of saying exact to exact things exactly. The fear always tries to spread its horrible wings on the people and terrify them not to move or say the truth. But when it comes to Qazi, there no exists fear of death, compulsion of some baseless and fruitless social and self-made traditions, narrow-mindedness and extremism. As he very genuinely says:

Kill me
Hang me thousand times
Burn me and bury me
I will die, turn into soil
Stand again
And
Chant the truth

Having read his poetry and initiating some sort of mindset pertaining to him to my level, I could figure out that whatever word comes under his pen while making or writing poetry turn into precious thoughts. The words automatically start having spiritual attraction and satisfaction to the ones who read them and do the utmost to find their own grasp beyond them.

Given the horizons of his poetry, it undoubtedly remains harshly difficult for me to discuss every aspect of his poetry profoundly or just cursory. As he himself pens down in his poetry:

The thing remaining for me to be said is to suggest you reading his poetry, since there is not always such kind of poet who is every time, everywhere and doing every kind of poetry and everybody is listening knowingly or unknowingly. I do listen his poetry, read it and ponder what he expresses through his poetry to a reader.

What he does, how he behaves, why he remains like this? This is none of my business to talk on, albeit people may have different thoughts regarding one’s personality and behavior. I just know him as a poet of all time.

Concluding it with his own words:

Life is yours
Live it
With full heart