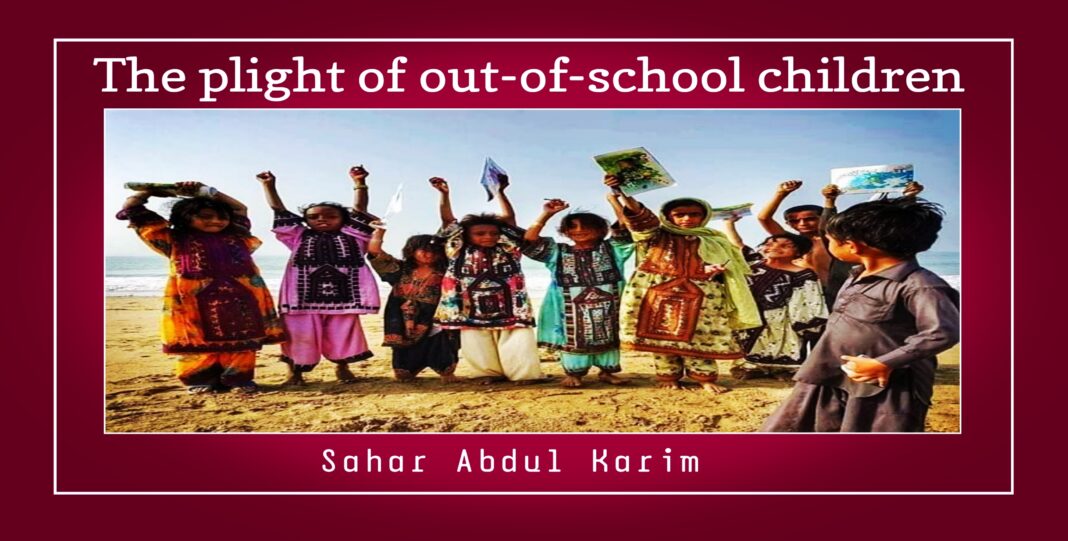 Maheen, 13, a student of grade 6th, is married off with a much older man to her age. She is one of the dropouts. She left her education because of the marriage and her wishes are meant into nothing. “I have had a lot of desires to receive an education and be independent in the male-dominated society, but my dreams are shattered into pieces,” says Maheen.

Child marriage adds the proportion of illiteracy among girls as Pakistan has been travailing because of high number of children remaining out of schools for decades. Though females get a life full of pleasures, but in reality they live in grim circumstances.

There are many females in Pakistan who are left into the lurch because the state is failed to provide them the elementary tools to dwell in a contented life. Pakistan’s Constitution states that all children have the right to education. Despite the fact that it is compulsory and their right, millions are not receiving this education at all. Most of the children in the country are living in an unimaginable life.

“Seeing the other kids of my age having all treasures, I considered myself the unluckiest child in the world,” bewails Banadi in tears. “We live in a country where children are given no value.” There are many such females in the country who are ignored.

Woefully, Pakistan has the world’s second-highest number of out-of-school children as millions of children from all over the country are out of school. It is estimated that the number of girls out of school is higher than that of boys. We witness Pakistan developing in different aspects but we hardly ever see the country developing in regard of education. The world today has developed new ways of learning and acquiring education whereas Pakistan is yet suffering an educational crisis.

“In Pakistan multifold children are out of school owing to poverty and child labor has become an everyday profession in the country. But no one cares.” Mentioned Sara Baloch in a discussion about the related issue.

Balochistan is home to highest number of out of school children followed by tribal areas. 70 percent children in Balochistan are out-of-school according to a report by OOSC. Children from the age group 5-16 are out of school.

Majority of the children who are dropped out is all due to getting no access to quality education and truancy of teachers. On the other hand, children who study in Governmental schools mostly lack interest in their studies and are weak in different areas of their studies.

“There are so many children in high grades who even cannot properly write a good essay,” says Iqra Baloch. “Secondly, the governments have failed to take any solid steps due to which the alarming figure has not diminished. The few trifling initiatives, taken principally after the devolution of education to provinces, were also unable to ensure any substantial change.”

52% of girls in rural areas are not enrolled in schools whereas about 67% of women are illiterate, a report reveals the data. The main reasons why Pakistan has the high proportion of literacy are all because of poverty, lack of schools in rural areas, and gender discrimination.

More importantly, Balochistan has always been neglected in many regards_ especially in regard of education. Baloch children are deprived of formal education and their dreams are always buried. Recently, I came across numerous children aged almost 8-14 who were in search of a job to earn their livelihoods. Children instead of being enrolled in schools are busy in child labor.

Getting out of school-children into school must be the main priority of governments because these children are the future of the nation. If today we don’t get them educated, we will continuously suffer an educational crisis. To educate our nation, we must put hands together to raise a firm nation. Let’s educate the little spirits and brighten their lives.