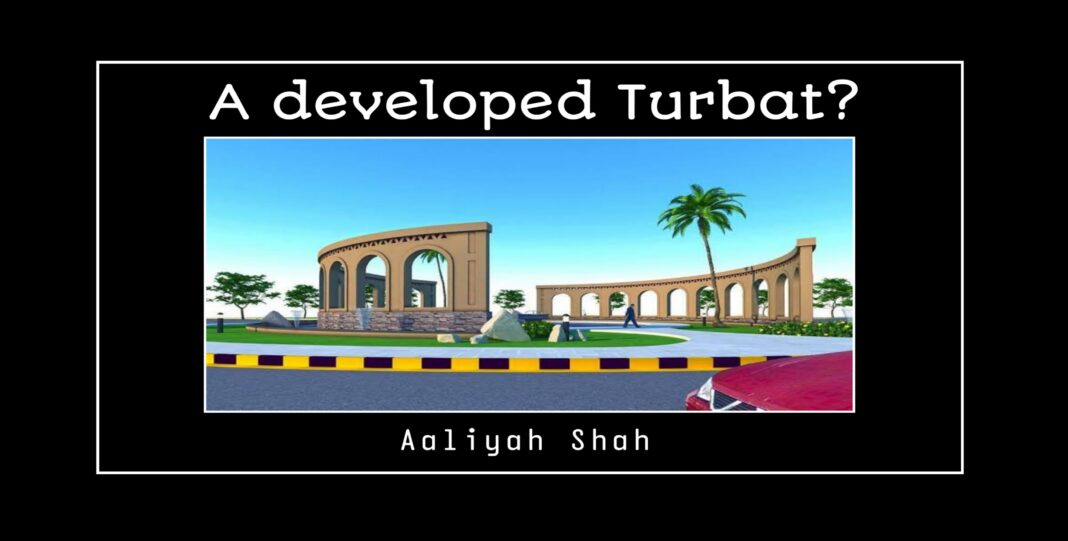 Turbat is the populated city and divisional headquarter of Makran division. Being a resident of the city, it is outstandingly afflicting me and compelling me to write the reality about Turbat city.

The city is considered a developed city in Makran, Balochistan, in terms of good educational institutions, roads, employment opportunities, and cleanliness in each area.

Factually, the people of Turbat and other nearby places are suffering due to the unavailability of water and electricity. It is food for thought that people from a developed city are deprived of water.

However, another such issue is with the electricity which is almost non-existent. The areas like Shahi Tump, Kahne Pusht, Koshkalat, and some others rarely get a good and regular electricity.

Amazingly, the claims of development of Turbat are one-sided about facilities including express electricity. Sadly, all the best facilities are diverted to Overseas [an elite society in Turbat near airport road].

Dishearteningly, we are only a developed city in posters, whereas in reality, Turbat is same backward as it has been. In fact, there are no perfect roads other than that of airport, no cleanliness, no good electricity, no clean water and most importantly, internet access is not available for so long other than the very slow PTCL. Shockingly, the entire district is deprived of data internet.

Shahi Tump, one of the historical places of Turbat, encounters a number of dilemmas and backwardness. Only in the region, there are more than 300 houses with no clean drinking water. Unfortunately, the electricity is so fragile that people get less chances to use it for supplying water. It ultimately compels all the women and children to go outside the city for fetching buckets of water for drinking and other facilitations.

Not a new trend, the wealthy and elite families, having tube wells on their lands, refuse to give water to the poor and needy people_ no matter if neighbors_ making excuse of enough water in their tube wells. They feel their water is better served for plantation other than given to human beings.

Generally, a typical day_ of normal public_ starts without electricity and ends with no electricity; till 10:00 am to 12:00 pm and 2:00 pm to 4:00 pm, from 7:00 pm to 10:00 pm there is no electricity. Sorrowfully, under the given schedule when there appears electricity, it also goes for hours which is out of syllabus.

How can the poor public fill the need of electricity giving an additional worrisome of water? The ones who have solar system and generators, they can survive well, but what about others? Who is responsible for them? How is Turbat called a developed city when its people do not have the basic necessities?

In the morning people of Shahi Tump wake up and run for searching for water and ice. Especially in the entire summer, they are completely deprived of water and electricity. Sometimes when they have water, there is no ice; and when ice is gotten, they lack water.

How come we call this development? The only development which we can observe around is of poverty, unemployment, drug addicts, etc.

Besides this, only having educational buildings and roads in some particular areas with the sculptures are not enough for the development. The people still suffer despite the governmental claims and China’s huge investment in the name of development under the China Pakistan Economic Corridor (CPEC) project.

In Shahi Tump the local administration is nowhere to be seen and the ‘elected representatives’ do not have tongues in their mouths to speak for the people.

Hence, I ask the Deputy Commissioner of Turbat and other responsible officials (if there is any) to take serious and concrete actions to solve the serious hurdles that people face on a daily basis.