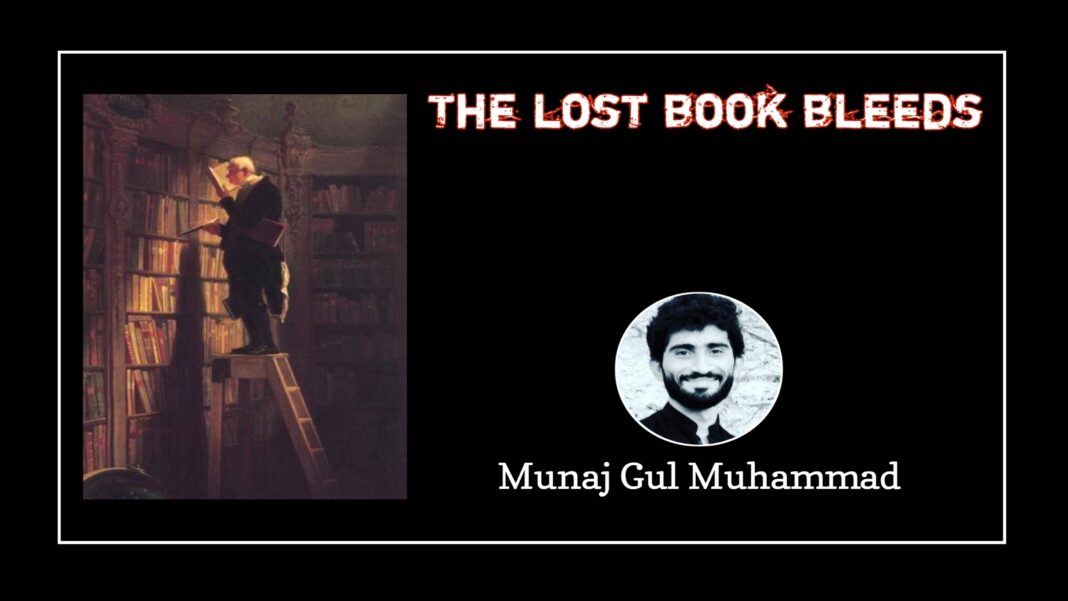 The old man always pays a visit to his library before the sun shines. His personal library has always been filled with different kinds of books. He has left no books unread in his personal library as he was a bibliophile. He passed most of his time in the library, for books were his loyal partners.

He used to sit beside the books of his personal library to the breaking point at ungodly hours of the night. Truth is ever be found in books and heaven resides in truth, he believes. The only person who rings in his mind every now and then is Manal.

Manal has been his life-changing partner because they were always together to get the books read. Everyone cites, “He has gone mad,” because he had no terms with anyone else but Manal.

In reality, he was not mad. He was the only rightous person of the village. He detested talking with anyone because silence was his true pleasure.

He dropped by Manal’s every night with a book in his hand. He wanted to share with her whatever he had gone through the books during the day.

Manal was no longer alive. However, he believes people die physically, but they are always with us in need.

“After your departure, I have almost read all the published books irrespective of life and death to know something real about you, but everything came to a halt.” The old man says witnessing the sudden disappearance of Manal.

The old man had lost himself in search of Manal and the books are left alone. The books bleed in tears. They want the old man back. But he, too, has gone afar!

It is a tragic for the books. Whether or not their master comes back is uncertain.

“Books give a soul to the universe, wings to the mind, flight to the imagination, and life to everything.”
( Plato)