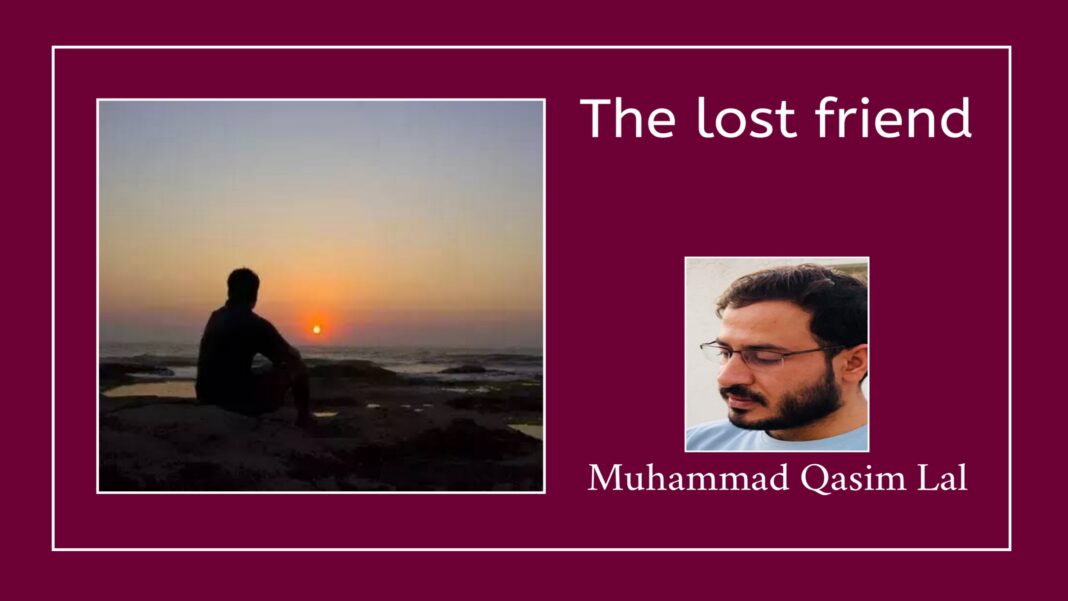 Water, while flowing, generates a sound which is worth hearing, he thought. So, he sat near the river and closed his both eyes. He felt the beautiful voice inside him; the voice which was peaceful, calmed sided by smoothness. Serenely, he observed it relaxant. But suddenly, he awoke, “I have to leave and search my destiny, ” he reckoned in his mind.

He stood up and started walking. Though it was sunny, but the cap which he wore helped him from sun exposure. He thought, it would be unjust if he kept himself protected from sun, the sun which is king in its eternal reign. How could it accept its defeat from a boy, he questioned himself. This should remain intolerant to it.

But this shall be fine for sun, a boy in search for his lost friend would seem victim rather than a culprit. For a moment, he felt relented at himself that how helpless he had become since his friend went missing.

“No matter, how harsh situations I pass through and how many more miles I destine, I will find my friend, ” he encouraged himself.

A while later, he saw an old man carrying a cluster of wood. He walked to him and asked, “Have you seen a boy of my age with curly hairs and a mark on his forehead?”

By footing forward the old man replied, “No my son, I have not seen any such boy yet.”

Where would Salaar [his friend] be, he opined. Actually, he and Salaar were friends since childhood. They lived in Drajeben, a small town covered with huge mountains.

One day Salaar went to jungle to collect wood for fire. But he never returned back. His people searched all the town but he was nowhere. Everyone became despaired about Salaar’s return.

Consequently, his mother, who was widowed, died of waiting for him. But his friend Targraan [the man in quest of his lost friend] did not loose hope and took a commitment to himself that until he finds his friend, he would not return home.

And that day it marked two years that he had not found his friend.

Back to present, Tagraan passed near a river where he saw something. It was a gunny bag. He went near it, but it was putrescent. Nearer he went, the more malodorous it became. He thought what could it be. Then he saw blood on it. Seeing blood he became nervous and anxious.

Firstly, he decided not to open this gunny bag and would leave. But then he remembered his friend Salaar’s advice, “Never leave something which is doubtful.”

So he decided to open it and see what was inside it. He had a knife with him, which he took and started cutting the cord on gunny bag.

And when he opened the gunny bag, what he saw shocked him. It was a dead body_ a body, tortured brutally, riddled with bullets, and then tears fled from his eyes, his heart broke. He screamed and said Salaar.