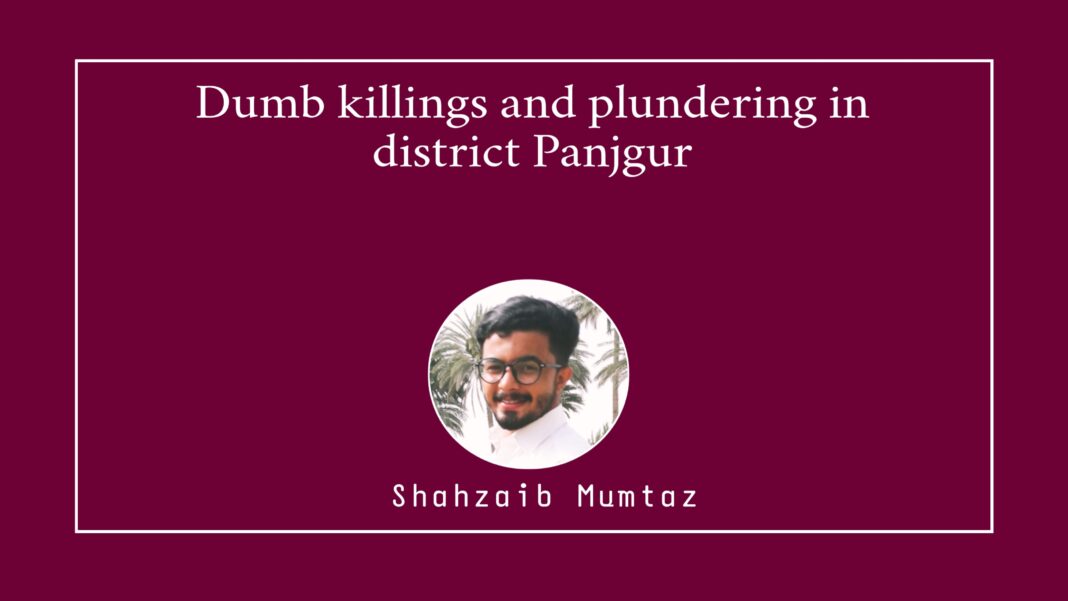 Not any single ethical society and religion permits the killing and plundering of innocent people. However, the recent circumstances of most parts of Makran are scary. The robberies are increasing rapidly with killings of the innocent locals. Unfortunately, police and other Law Enforcement Agencies of the state_ especially of district Panjgur_ are totally failed to catch the culprits and resist such surprise attacks.

Sadly, the recent accident of targeting a innocent student of Karachi University (KU) named Sartaj Baloch is condemnable. He was greatly injured in a surprise attack by some strangers while he was going back to his home late night in Panjgur. The strangers attacked to snatch his motor cycle and other things.

Similarly, such an identical case happened with a student of Rahkshan division. He was traveling from Panjgur to Nag, which is about 107 kilometers. He was shot dead and the robbers took away his bike. Sources say, he was identified as Atif Baloch who was enrolled in a madressah in Karachi. His dead body was abruptly found after a day of his death near Nag.

Furthermore, on May 20, another such incident took place in Washbood (Panjgur). It was almost 7 at night when unknown persons came at a shop. They shot the young shopkeeper to death. The deceased boy was identified as Jahanzaib. The situations are alarming in the district bringing more panic among the residents.

The current environment of Panjgur is totally disturbing the public of the district. They are neither happily celebrating holy and social occasions nor are they feeling relaxed with all such news.

In fact, the pandemic situations of coronavirus has already affected the people mentally and physically, such extra tension even enahances their worrisome. The people eye to the Law Enforcement Agencies. When they fail to curb such crimes, who else should the citizens look up to?

The people of Panjgur are totally being hysterical and feeling gloomy about the worsened situations which are occuring on daily basis. The district awaits for timely measures to eradicating such heinous crimes from the roots.