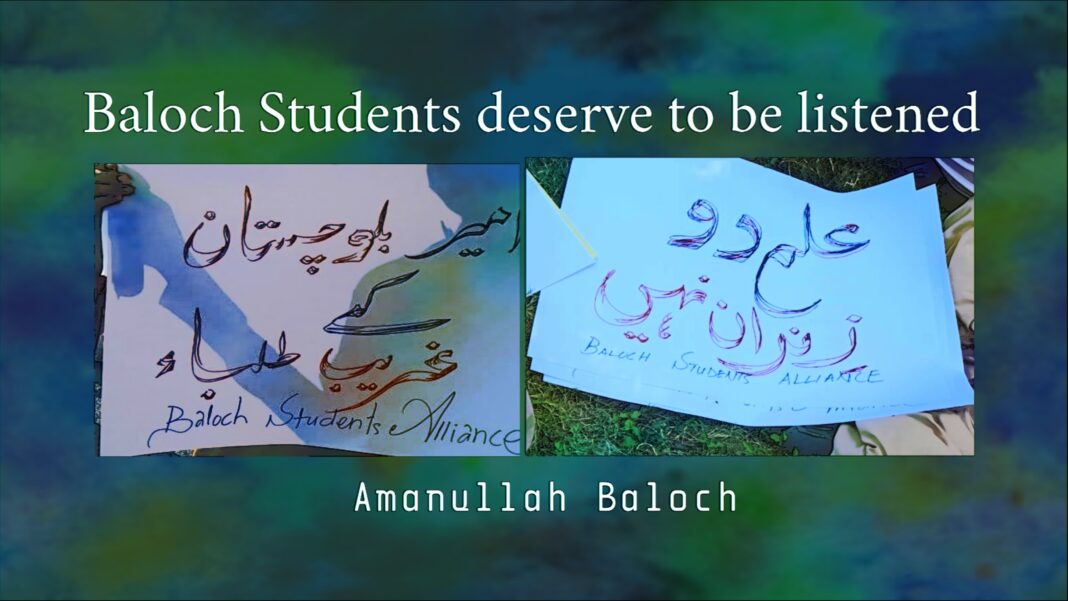 No response to Baloch students
It is misfortunate to say that there is no justice for Baloch, and no one is going to listen to them. After the spread of covid-19 pandemic all educational institutions were closed all over the world and as a result digitilized education system was introduced.

Similarly, the Higher Education Commission of Pakistan (HEC) issued a notification for the purpose of starting online classes in all universities of Pakistan. Unfortunately, the decision taken by HEC is undermining the ground reality of Balochistan, that it is impossible for the Baloch students to attend online classes as most areas of Balochistan have no basic facilities.

It is a fact that more than 70% areas of Balochistan are deprived from internet facilities. Even a large majority of students cannot afford to buy mobiles and laptops.

Furthermore, in many districts of Balochistan internet services have been suspended due to security issues. Now see the denial, on one hand, the chief minister of Balochistan Jam Kamal and law enforcement officials say peace has been restored in Balochistan while on the other hand, people are made deprived from internet facilities due to uncontrollable security issues.

The Baloch students are left without any options and it seems there exists no authority who can solve the genuine problems of the students. Though students are on strike in most parts of Balochistan against HEC’s policy of online classes without internet, but they have not got any response from Higher Education Commission and government, as if the students of Balochistan have no importance for them. A great thinker rightly said that: “the delay of justice is injustice’’ the justice consists not in being neutral between right and wrong, but in finding out the right and upholding it where found, against wrong.

Today the only source of competing with world is education with modern technologies and we crave for the very basic facilicities of internet which were are denied till to date. It is the responsibility of government to provide basic facilities to all citizens equally.