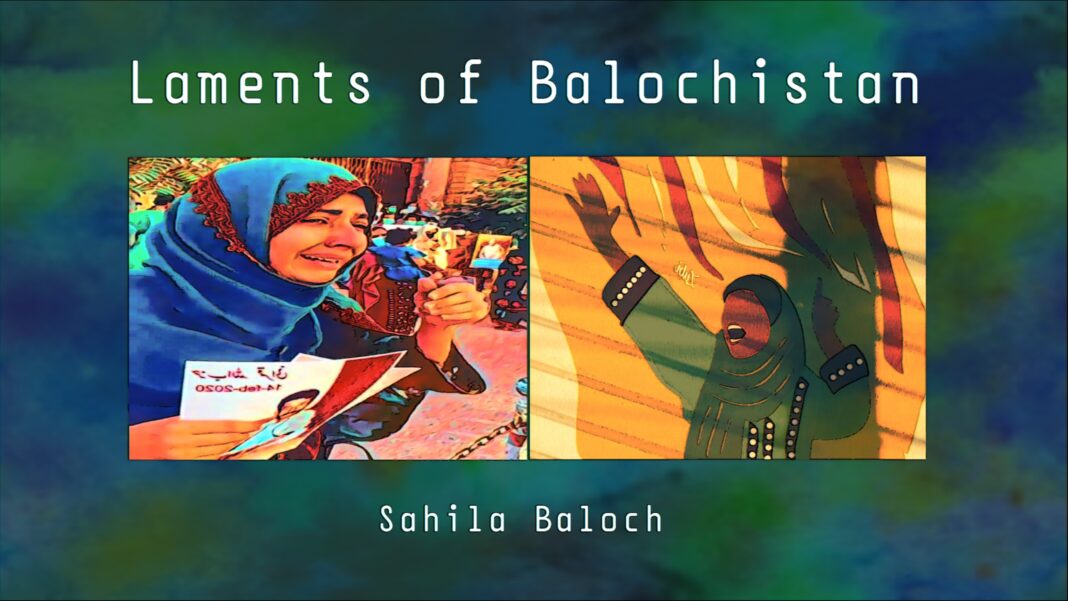 Balochistan encounters a great number of problems on daily basis. But hopelessly, these problems are not “tried” to being solved. Even though, the Pakistani media outlets are not covering the grieved problems of the province, whereas, some other times they mislead the issues of Balochistan in one or the other way.

By the time Balochistan became the part of Pakistan, since then it has been facing multiple problems. The people of Balochistan face unjust and unkind behaviors. The pains are getting worsened day by day, although.

The main and serious problem of Balochistan is of the missing persons. Every new day starts in Balochistan with the death or abduction of innocent Baloch people. Every day innocent students, teachers, doctors, political/social activists, farmers and even women and children are abducted and no one is aware where they are and when they come back.

The Voice for Baloch Missing Persons (VBMP) is a non-governmental organisation that represents family members of the people who have been subjected to enforced disappearances in Pakistan’s province of Balochistan.

The Voice for Baloch Missing Persons came into limelight in 2009 when Mama Qadeer, the vice chairman of VBMP, started a hunger strike in front of the Quetta press club. Later he did the same in front of Karachi and Islamabad press clubs. In order to highlight the issue, Mama Qadeer led a long march from Quetta to Karachi and then from Karachi to Islamabad. They made history by walking 2,500 kilometers against disappearances in Balochistan. This issue was fronted at the United Nation’s forum too.

In 2012, the fact finding mission of United Nations visited Quetta, the capital city of Balochistan, where VBMP handed over the list of missing persons, but it gave no any positive response. Despite this, the forceful disappearances continue unabated in Balochistan.

According to a report of 2019 issued by Human Rights Commission of Pakistan entitled “Balochistan” neglected still, Mama Qadeer claimed that 47,000 Baloch and around 35,000 Pashtuns are missing. However, day by day the number of missing persons keeps increasing.

The question arises as to who is behind this heinous crime of paradoxical disappearances in Balochistan?

Due to the violence and Human Rights violation in Balochistan, it is one of the most disturbed places in the world. The worst part of this tragic story is we are left ignored despite these all.

Secondly, we are not let to write and talk on these issues. Those, who speak and write about the issues, are assaulted and threatened on social media, declared traitors and abducted.

Such a case happened on March 2, 2020, when the journalist and writer Sajid Hussain got abducted from Uppsala (Sweden) and on April 29, his dead body was found in Uppsala river.

Sajid Hussain highlighted the issues of every common Baloch. He wrote against the injustice done on Balochistan including the case of missing persons in Balochistan. Lastly, he himself got abducted and killed.

it is well-endowed by nature and very rich in natural resources, such as coal, oil, copper, gold and leae zinc but unfortunately, the development of Balochistan is least among the four provinces of Pakistan. Most of the population of Balochistan is living in lowest rate of poverty, no water, no food and no proper education system with no jobs. Unluckily, the CPK and Sindak projects are also failed to change the life of Baloch people.

Baloch people are living hard life in this globalized and modern time. Balochistan has faced five phases of insurgency from 1948 till now.

Balochistan is bleeding in shape of missing persons. It is suffering from the poverty rate despite being so rich. In fact, Balochistan is facing the unfairest justice system in the country.

What a common Baloch wants is a progressive Balochistan where they can have control over their resources and have a secure future. The state must give all due rights of Balochistan.