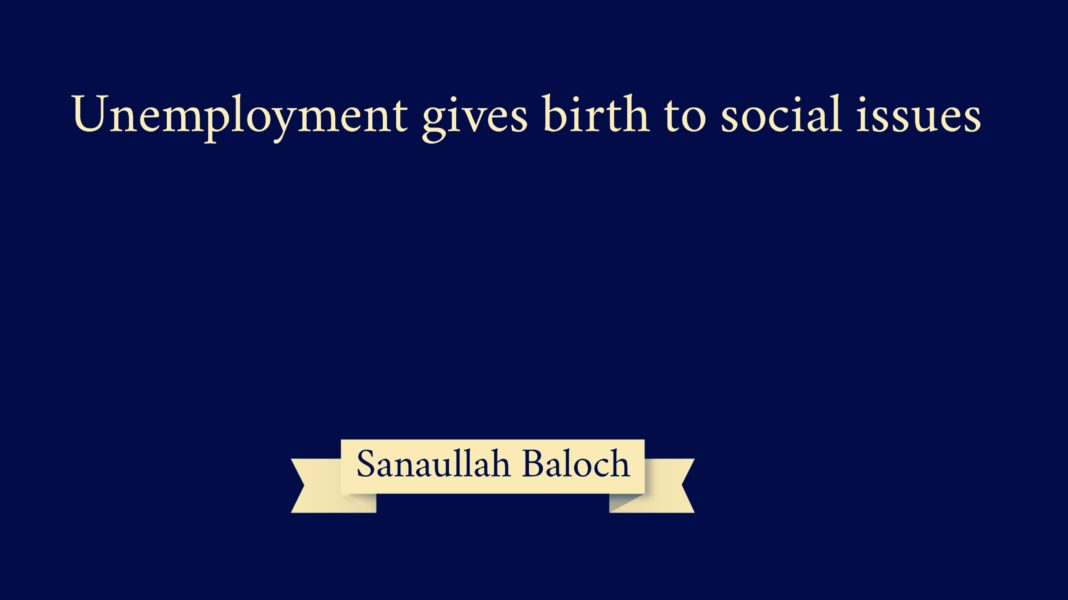 Balochistan is the least populated province of Pakistan_ although the richest and spacious province among all. Dishearteningly, unemployment has been one of the major problems of the province since long which is deplorable. According to the Pakistan Labour Force survey, Balochistan has 0.13 million unemployed population.

Moreover, every year approximately 30,000 male and female students graduate from different varsities of the country belonging to Balochistan. The students strive day and night and put half of their lives in the journey of education. In fact, some students lose their health, but for a better life they struggle the hardest. Yet all in vain.

Even, a great many poor students do part time jobs to get enough money to continue their education. Whereas, some other families tolerate to bear all the educational expenditures of their children even in toughest times so as to render them a bright future. Despite doing such commendable endeavor yet they (the poor students) get procrastinated when it comes to getting jobs.

It is really painful for me to pinpoint that, just for few governmental vacancies thousands of people apply. Sadly, because of political influence, they go misused.

Thus, when people get tired by applying in various departments and do not get jobs, they flee from their motherland and go abroad for getting jobs.

Today, a lot of people are working outside the country. They have been discouraged from their own country otherwise no one wishes to leave their homes and loved ones. Nevertheless, when our home country disappoints us, we directly accept offers of job for abroad however tough and hard the job is.

All in all, if Balochistan is facing worst situations, unemployment is one of the top reasons behind that. Even, it has resulted in severe street crimes and suicides. Such sickening harmonies have snatched the peace of the province.

Hence, I request to the government of Balochistan to inculcate more and more job opportunities in order to root out joblessness from Balochistan.