Home Articles Climate change is effecting us all 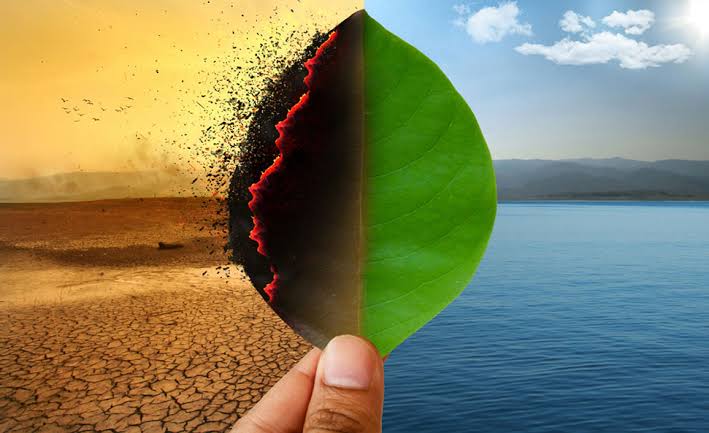 Climate change is generally known a change in global or regional climate patterns. Particularly, it is the change apparent from the mid-to-late 20th century onwards, and attributed largely to the increased levels of atmospheric carbon dioxide produced by the use of fossil fuels. The UNFCCC defined climate change in its Article 1 as “a change of climate which is attributed directly or indirectly to human activity that alters the composition of the global atmosphere and that is in addition to natural climate variability observed over comparable time periods.”

Climate change has caused drastic effects in the world climate, such as rise in sea level, shrinking ice, ocean heat and acidity, extreme events, wildfires and many more. In fact, climate change causes and impacts are increasing rather than slowing down.

Sea level rise has accelerated and we are concerned that an abrupt decline in the Antarctic and Greenland ice sheets, which will exacerbate future rise. As we have seen last year with tragic effect in the Brahamas and Mozambique, sea level rise and intense tropical storms led to humanitarian and economic catastrophes. Over the five-year period May 2014-2019, the rate of global mean sea-level rise has amounted to 5mn per year, compared with 4mm per year in the 2007-2016 ten-year period.

Throughout 2015-2018 the Arctic’s average September minimum (summer) sea-ice extent was well below the 1981-2010 average, as was the average winter sea-ice extent. The amount of ice lost annually from the Antarctic ice sheet increased at least six-fold, from 40 Gt per year in 2009-2017.

More than 90 percent of the excess heat caused by climate change is stored in the oceans. 2018 had the largest ocean heat content values on record measured over the upper 700 meters, with 2017 ranking second and 2015 third. On the other hand, there has been an overall increase in acidity of 26 percent since the beginning of the industrial revolution.

Deforestation and increase in the use of chemicals domestic and agriculture life is another reason of climate change. Deforestation is the second leading cause of global warming and produces about 24 percent of global greenhouse gas emissions.

Although Pakistan is not much contributing in global warming and climate change, yet it is the fifth most affected country. The climate beast is hitting Pakistan far more often and at far too many places than one knows: extreme climate events have become a regular phenomenon. It is projected that temperatures all over Pakistan would increase by 3°C within the next 20 years and around 5-6°C by the end of this century. We stand as the earliest victims of disruptions in weather cycles, threatened food production, rising seas levels, abnormal precipitation, catastrophic flooding and depletion of ice sheets and glaciers which are the core source of sustenance in an agricultural land such as  Pakistan. Pakistan has also suffered economically due to climate change.

Finally, if we want a normal climate on the earth, we need to pay huge attention first and do what we individually can do for our climate. If it remains like the present situation, we may not live on the earth after 50 or 60 years since we tend to see a lot of effects in present like the Australian fire which nearly killed 50 million animals and the newly Chinese coronavirus that killed more than a thousand and effected nearly 60,000 so far. It is highly important to reduce our use of fossil fuels, especially carbon-intensive coal, is essential to tackle climate change.