Home Articles The only drowned fish harbour of Pasni 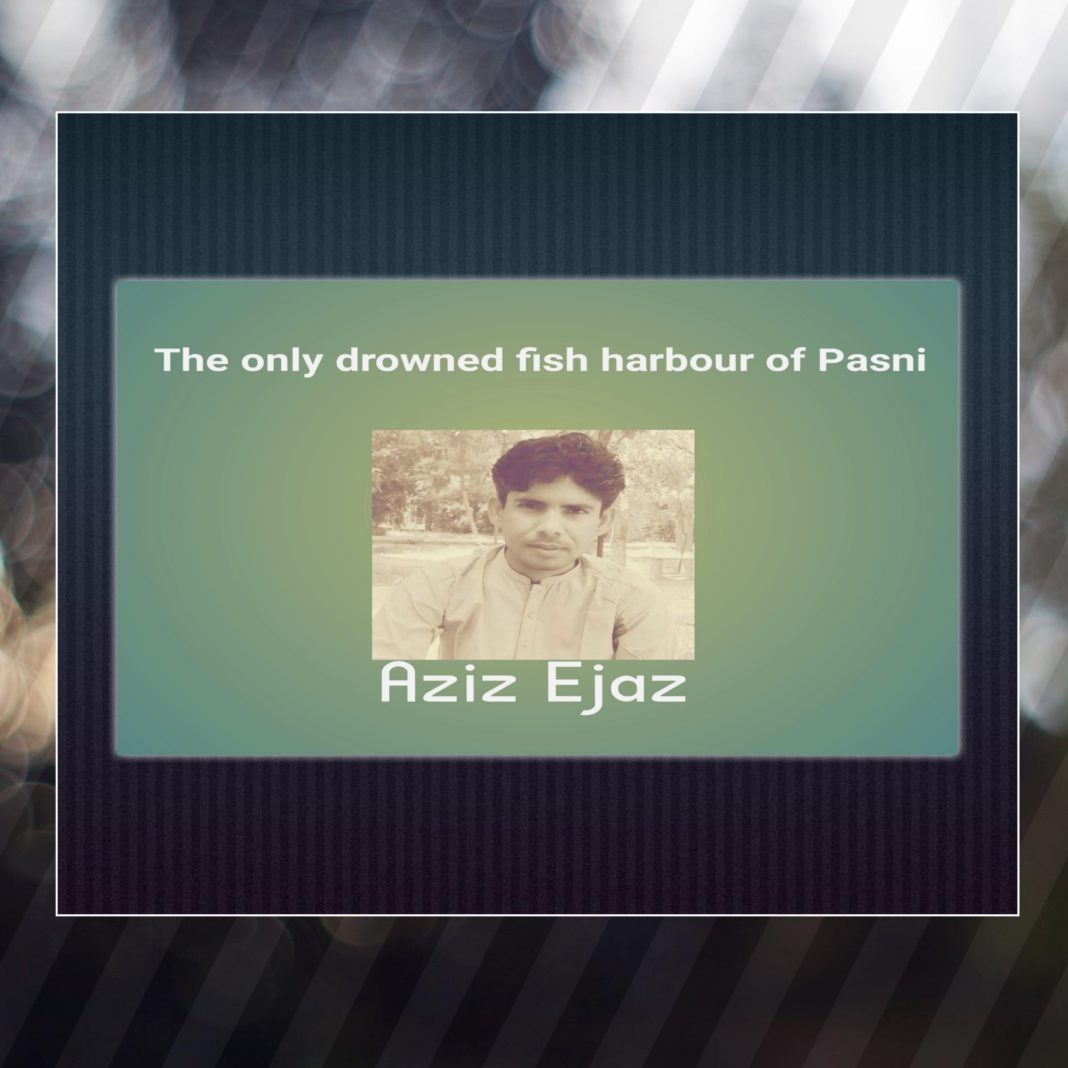 The only fish harbor of Pasni is ineffective for last ten years. The trawling and haunting milieu at the stunning coast belt is rowdily congested with locally constructed and fashioned vessels of the fisherman getting equipped without having disposal of an anchorage system.

The harbour which was constructed in 1989 is located east of the Pasni city. As soon as it get completed the construction company had admitted, owing to monsoon seasons and sand erosions or silting after period of almost five years it will require dredging and operational up keeping.

A research paper published in the journal of Researchgate in November 2012 by five authors entitled, “the issue of coastal erosion and accretion along Makran coast of Pakistan”, made an effort to point out, any man made structural development along the Makran coast has resulted in a swift response both in terms of accretion and erosion. Farther they stated that, to speak technically, this type of a bay is created in an area where the net transport of sediment is almost equal to the volume of sediments going out of the bay. One of the supporting sentence in the matter of dysfunctionality of the Pasni harbour is that, in such environment where the erosion and accretion are equal, a small disturbance in the naturally stable condition might drastically change the physiography and hydrodynamics 0f the area. This is what happened at Pasni.

Pasni is a mini medium sized area with a population of approximately 4, 00000 People. The source of majority of the people’s livelihood is fishing. The only fish harbour was comprised of an approach passage, harbour basin and the docking area. In a rough estimation somehow twenty to twenty four thousand people of Pasni are fishermen and mariners. Regrettably, these days it has been a complete decade the jetty is impracticable for fishing purpose.

The secretary of the fisheries and managing director of Pasni Fish Harbour (PFH) while briefing over the evolutionary performance of PFH to Balochistan Chief Minister Jam Kamal Khan at the beginning of 2019, said despite of operational work at the harbour an amount of Rs1.5 billion was paid as remunerations to the employees and staff.

To recuperate and uphold the harbour for the purpose of facilitation and comfortability of fishermen began in 2009 during the reign of then Chief Minister, Nawab Muhammad Aslam Raisani who’s cordially invitation brought a Japanese government assistance for the project. Asa result in 2010, the grant of Rs800 million was approved for the rehabilitation work of the harbour.

The drowned Pasni Harbour was built during the tenure of General Ziaul Haq and the funds for the project were provided by the Asian Development Bank. Late renowned journalist Siddiq Baloch, while expressing his view in the daily Balochistan Express impugned the authorities of appointing a Chairman and Managing Director who reside in Quetta and Karachi respectively, however couldn’t go to Pasni and look after the project from Karachi for supervisory operations. He further added, “This was one of the causes as a remote control there appeared a structural fault and failure of navigational function just because of erroneous planning and designing”.

The current secretary of fisheries Managing Director PFHA said,” the harbour needs regular dredging however due to dearth of the funds it has been entirely turned into a ground. It requires at least 3 meter water for berthing the boats but owing to steady silting it has dried up wholly and this has made the harbour ineffective”.

“While talking to the author, local fishermen Chakar Wajo and Badayshah lamented that, “We the poor fishermen of the area face sever hardships as the harbour is inoperative due to heavy silting. Neither the fishing trawlers which bring large catch nor the small vessels with a small catch are able to dock at the harbour. We the fishermen anchorage the trawlers few kilometers away from the coastline at the water and hired some people to bring out the weight which is desperately worrying the fishermen and some of the fishermen berth the yachts at a small inlet known as Juddy Hoor. ”

Ihsan Baloch, a fishermen and only breadwinner of his family said, “It is certainly something to misbehave and an act of antagonistic attitude towards us. The fishermen take days to months and when they return only Almighty Allah knows how seriously exhausted they are. If there was an operational harbour at Pasni it would be at ease for them but despite of the cries and requests still we lack the opportunity and availability of a harbour with traditional facilities”.

Balochistan Chief Minister has proposed the project of reconstruction of the silting harbour in a meeting of PFHA at some other place in the same area to protect the rights of fishermen on 18th February 2019. The meeting also reviewed to use the grant from Japan which has been provided for rehabilitation of the harbour earlier.

No doubt, operational jetties not only provide jobs to the local people but also strengthen the economies. Mr Kamal said but unfortunately the concerned institutions and departments in Balochistan are not working effectively however the concerned authorities will be held on account.

Beside relocation of the Pasni fish Harbour, another eight new jetties in coastal areas of Makran to be constructed has been reviewed by the provincial Govt. but most of the local fishermen annoyingly refusing any such beneficial project development for their comfortability.

In August 2018, Chinese Ambassador to Pakistan Yao Jing has assured that China will help for remodeling and dredging of the Pasni harbour site to address the issues of the fishermen. Aslam Bahootani, MNA Lasbela-Gwadar was also present.

A master student from Pasni, Norouz Baloch requested the provincial government to take an action hastily as dysfunctionality of the Harbour has paralyzed the local fishing industry.