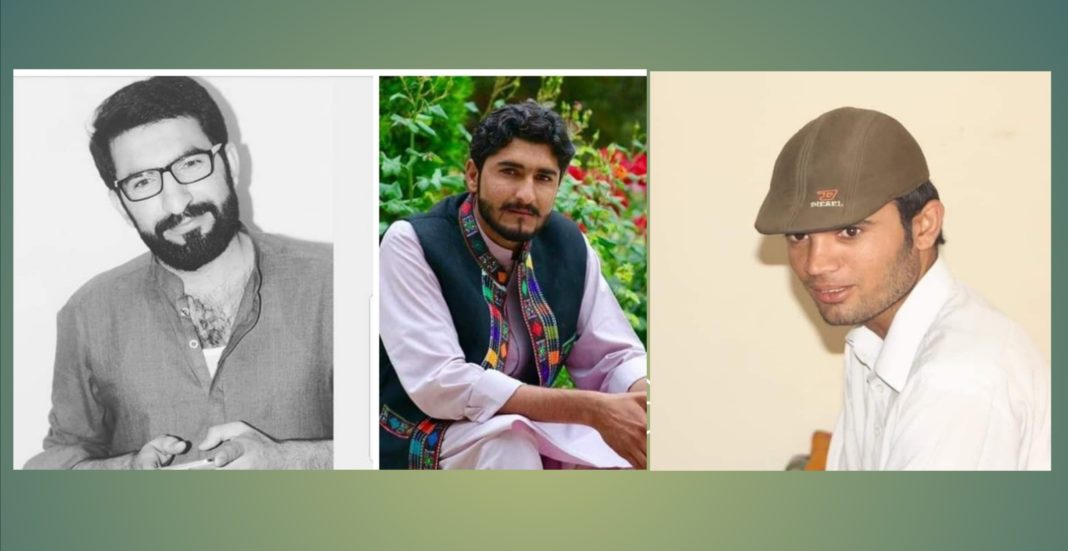 The most disturbing aspect of the situation in Balochistan is the sharp increase in the number of human rights violations. The most harrowing  of all human rights violations are enforced disappearances. It has become an explosive issue given that more people have gone missing, especially nowadays, once again the umbrella is on Baloch students. The recent abduction of Wahab Baloch, central committee member of Baloch Students Action Committee (BSAC) along with Feroz Baloch, Majid Baloch and Jamil Baloch. Undoubtedly, thousands of Balochs are missing. Enforced disappearance is not a new tactic of the state to drop political dissent.

Ironically , on October 16 , 2017 Pakistan became one of 15 states elected as members of the united nations human rights council. In its election pledge , Pakistan resolved to uphold , promote and safeguard human rights and fundamental freedoms for all. Yet the enforced disappearances incidents continue to exist.

Let us ask the authorities have they gone through the declaration upon the protection of all citizens who had to undergo an enforced disappearance due to the General Assembly resolution 47/133.

Therefore, stating the Articles resemble the situation now we are going through in the line of repression.

Article 7, No circumstances whatsoever, whether  a threat of war, a state of war, internal political instability or any other public emergency, which might be involved to prove enforced disappearance.

Are Baloch students national security risk? Are the demands of Baloch students unconstitutional? It appears that seeking the path of education is the only crime they are admitting.

However, democratic parties or nationalist parties failed to take effective legislature or other measures to prevent and terminate the sets of enforced disappearance in Pakistan. Indeed, in Balochistan there is a grave and flagrant violations of human rights and fundamental freedoms proclaimed in the Universal Declaration of Human Rights.

In the last, being a member of Baloch Students Organization (BSO), we stand in solidarity with BSAC and all Baloch missing persons and demand their immediate recovery.