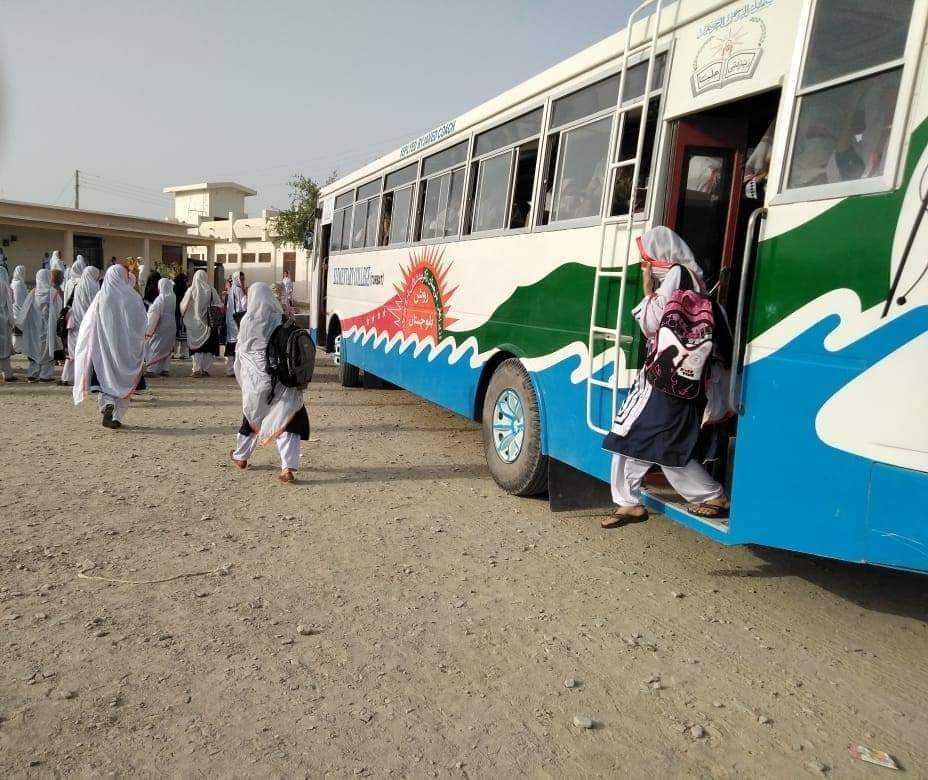 Govt Girls Degree College Turbat is one of the biggest girls College of Balochistan but it really strikes me to mention here that the college lacks buses and other fundamental facilities owing to which students are facing abundant problems.

Furthermore, in today’s modern era students of other provinces have all the modern technological equipment and facilities but the students of Girls College Turbat are running out of a bus which is their fundamental and legitimate right.

Students of Govt Girls Degree college Turbat approached the Principal, Deputy Commissioner for a bus but all in vain and the students are facing sense of frustration and dejection to get higher education.

More Importantly, Dr. Abdul Malik Baloch gave manifold buses to Govt Atta Shad Degree College Turbat, Govt Girls Degree College Turbat, and University of Turbat but it is painful to say that the prevailing regime has failed to provide tyres to the buses owing to which the students are deprived of bus facility.

Nawaz is a social activist in Turbat Kech