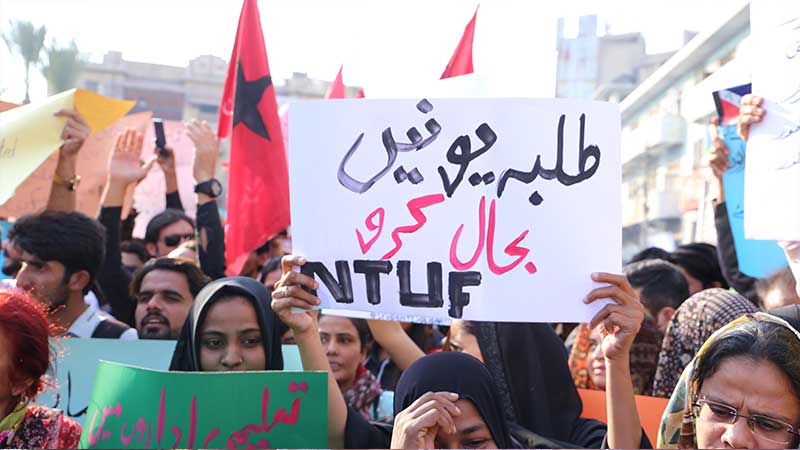 Thousands of students studying in various colleges and universities of the country sounded vibrant and showed resistance during the eve of #StudentsSolidarityMarch on 29th of November 2019.

They voiced that the ban imposed on student unions that was put three decades ago must be abolished now. The cuts of the education budget should be reversed immediately. A proper mechanism should be introduced to eliminate blackmailing and sexual harassment practices at campuses of the educational institutions.

Holding flags and placards inscribed with demands, the students were seen as very zealous and unwavering towards their goal of restoration of unions at educational institutions.

Student unions are effectively banned in Pakistan for over 35 years now. In most universities of the country, students are forced to submit an affidavit to the university administration by declaring that they will not partake in any political activity on the campuses which is truly embarrassing.

The bizarre situation that has lasted over 3 decades can be traced back to the ban on students unions through a martial law order had been imposed during the dictatorship regime of Zia ul Haq, who, fearful of the growing students alliance against his regime, banned unions across the country on February 9, 1984.

Zia-era clampdown on student politics and established the practice of universities imposing the so-called ‘non-political’ affidavits on students, virtually closing the door on student unions for decades. 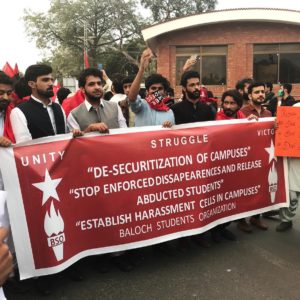 The ban of student unions triggers catastrophic impacts on education, society and politics, yet somehow there is a reluctance to break the cycle of authoritarian and the status quo is hell bent upon suppressing the rights of the students and muzzling their political voices which is indeed a massive bolt for the democracy.

Slogans of democracy will remain ineffective until union activities are not restored as this is a fundamental right of the students. Students learn politics during the phase of education and later become able to understand politics in their practical life.

Students unions play a pivotal role in training the country’s youth not only in politics but also in understanding what their rights and responsibilities are as conscientious member of a society. 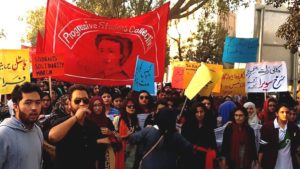 Student unions work as a nursery for students across the world. Even in Pakistan, it was claimed that some of the most successful politicians were the products of student unions. Unions give birth to cadre of strong politicians and foster the essential qualities of leadership skill.

Young generation is the country’s precious asset and a ray of hope for the bright future of the country. The students have to bring a new democratic leadership with new thoughts and insights, and they have aims to fight every challenge. Youth specially students based on principles of hard work and truth.

Student unions can help Pakistan to achieve development of a culture of democracy. Let students practice democracy in order to develop their identity. The death of student unions has resulted in a lack of good political leadership in the country. These laboratories of democracy must be reinstated as early as possible. 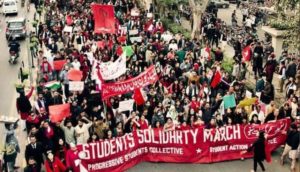 The student unions overwhelmingly polish students’ hidden abilities and politically mobilize them which pave the way of becoming future leaders of the country. They provide a platform for students to excel and groom themselves for politics and raise voices for the voiceless students as the ultimate significance of education cannot be denied.

The so-called ban imposed on student unions is tantamount to stifling the democratic voices of the students and it is the sheer breach of the democracy by throwing his weight behind students union in education institutions of the country.

The government and universities must understand that any attempt to curtail student unions is a violation of Article (17) of the Constitution. The Constitution guarantees every citizen the right to form associations or unions. Ergo, these restrictions are not applicable in the case of student unions.

There is no blinking at the fact that student unions witness stumbling blocks for the authoritarian and undemocratic practices of the administrations and serve students by addressing the power disparity that exists between individual students and the university administration. 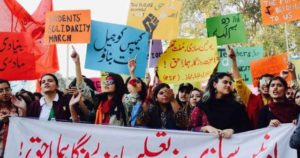 In University of Balochistan, the administration was allegedly involved in a massive sexual harassment scandal. Mashal Khan was brutally murdered in a turbulent mob in Mardan at campus premises over false blasphemy allegations. At Sindh University, students were branded seditious because of their demand for better water facilities as the expression of truth has been made a crime.

These are some of the incidents that offer a glaring reminder that unions empower students and inculcate a sense of consciousness to cope with differences peacefully, but lamentably, there is a petty ambience of horror and insecurity in educational institutions owing to the absence of student unions.

Thus, there is an immediate and pressing need of launching a comprehensive and enforceable code of conduct to reinstate and authorize student unions to play their roles in alleviating the grievances of the students effectively and grooming the youth as future leaders of the country.