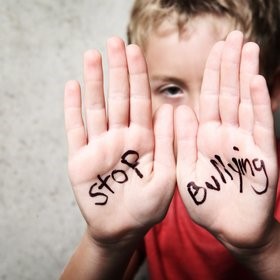 The world is mostly populated by extrovert people due to the fear of rejection and bullying, perhaps bullying is one of the rarest reasons of solitude. Bullying is the most practiced phenomena to show off the superiority over the weakest community. Contemporarily, every child is a prey of bullying, but they are unaware that what is really happening to them. Bullying is unknown to many and it is being done in many ways. Mainly, the uncles and aunts are involved in the premises of house and the children of elite class, fit and healthy children are involved in the premises of school and neighbors are involved in neighborhood.

Bullying is an unrevealed usual issue that needs to be disclosed at all levels. There are mainly three types of bullying and verbal bullying is the most usual practiced form of it. The aftermaths of this catastrophic situation have perhaps ruined the mental ability of children. Since bullying has severe consequences, the children begin cutting off their communication with everyone in their circle. Bullying usually includes usage of slang words that are used to demotivate and exclude someone from a gathering. Slang words vary from region to region and some are like: kawa (for dark complexion);Dedh ½ (for dwarf people) and many alike words are spelled to show power.

In Baluchistan, bullying is least introduced to the half of the population. The children are bullied after every two minutes in their own houses. They are called by slang names, abusive comments and aggressive words. This is perhaps a reason that children are preferring solitude than socialization. They are not encouraged to feel worthy and dominated over the powerful ones. In most of the cases, the teachers have been caught red handed for bullying children and students in institutes. On the contrary, females are bullied inside institutions for multiple purposes. Females and children are most effected by bullying. Children are harried by elders and females are harried by gender power or discrimination. Children are continuously being labeled as pariahs without any guilt and reason. It is an alarming situation that how children are bounded and excluded from socialization. It is badly effecting the minds and nature of children. Ostensible reason of continuous bullying might be the reward of the performance and unfortunately the supportive of performers are not penitent at any cost. The effected children are strictly told to remain silent and sunk into oblivion. Such activities give more power and hence outlaw becomes an emerging trend.

The nefarious details about bullying are no more concealed. People are reporting cases about cyber bullying and verbal bullying but still awareness programs need to be arranged. Children should be permitted to resist against such odious remarks, gestures or actions by family members, teachers, friends, neighbors and relatives. Teasing, calling names, appraisable words for a purpose are no more temporary issues but malevolent intentions to destroy one’s prosperity and inner peace.

According to a report, in cyber bullying cases Pakistan stands on 22nd globally. People are accustomed to internet and it has been reported the judicious cause of cyber bullying. Bullying has become a cliché for the past few years but devastatingly people are still unfamiliar with this fallacious technique to fulfil their desires. Bullies have been epidemic and are observed everywhere. The females are afraid due to the loss of honor and are reluctant to reject. Once they are bullied, they go for suicide in order to secure their identity from infamy. The verdicts are always against the will of women and rejected, this fear pushes them towards silence and hence suicide. According to the reports, most cases of bullying are not reported due to various reasons. The aftermaths of this tumult in the premises of institutes have dejected the parents at a large scale. Currently the issue of Baluchistan University has jeopardized the lives of hundreds of female students. Apropos, of the notions of students, many students have been called back by their parents to recede from their studies. In a nutshell, all places are left unsecured; all institutes are embodied with surplus meaningless boundaries; homes are covered with the lamella of fear and that is how the depressing side of life is being depicted in reality.

It is the harsh and unaccepted reality of the societies that members do not unite when it comes to scorch against bullying, harassment and other issues, and it is where the educated illiterate people show their ignorance. It is needless to mention that though it is the age of advancement, but people are stuck over their persistency to achieve their goals by goofiness.

In order to stop this emerging problem, prompt actions need to be taken for the security of youth. Awareness programs are a must to undrape the evils involved in such activities. The unification of people is essential now to purify the environments of homes and academies. It is about time to denounce the people who tease and humiliate the weakest by showing power. The tempest of bullying is the problem of every individual and every home; it should be the responsibility of others to recreate the butterfly days of childhood for children.