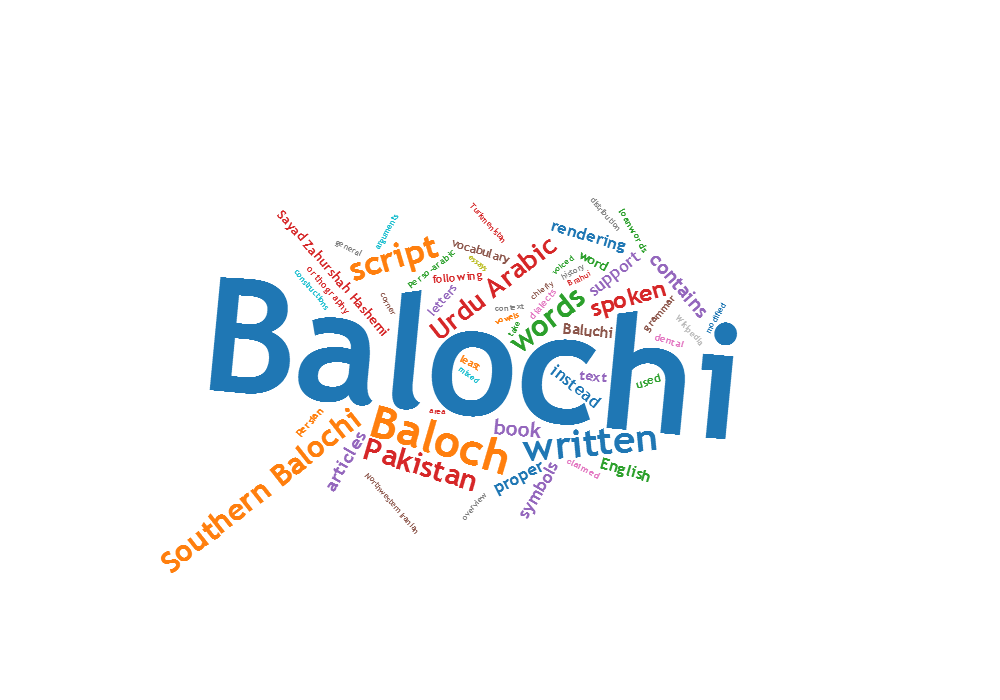 It is estimated that Balochi speakers are more than 20 million and most of them reside in Pakistani Balochistan, Iran Afghanistan and other parts of the Asia and Europe. They have got different dialects living in different areas with sheer assimilation of Balochi culture, traditions, strong devotion and love for Balochi.

There are mainly three dialects of Balochi language: Makurani, Rakhshani, and Koh-e-Sulemani. Balochi, one of the oldest languages, has got a vague history like such other languages. The views, Baloch and west scholars share regarding its origin, are yet controversial and unclear; however, we cannot wholly claim that the origin of Balochi language is unclear rather there are some satisfying answers to it. Some of them state, it got its origin from Persian, and some relate its origin to Iranian group of the Indo-European language family.

Before 19th century, Balochi was a verbal language. The reason was that there were not any literary people and linguists in Baloch community till mid-19th century. However, there have been a lot of literary works in Balochi language from 1950s and onward. As Sayad believed, the mid-19th period and twentieth century were renaissance of Balochi language.

It has become an article of faith that Balochi has originated in Iranian group of the Indo-European language family before some three thousand years and is older than Persian and other neighboring languages. The Indo-European language family has its origin from Aryan language, one of the ancient languages of history.
Lastly, it would be a step in the right direction if we pledge to struggle to fulfill all the essential requirements of our language and work harder to enrich it with more and more literary works and writings, because a nation lives in history due to its literature and language.