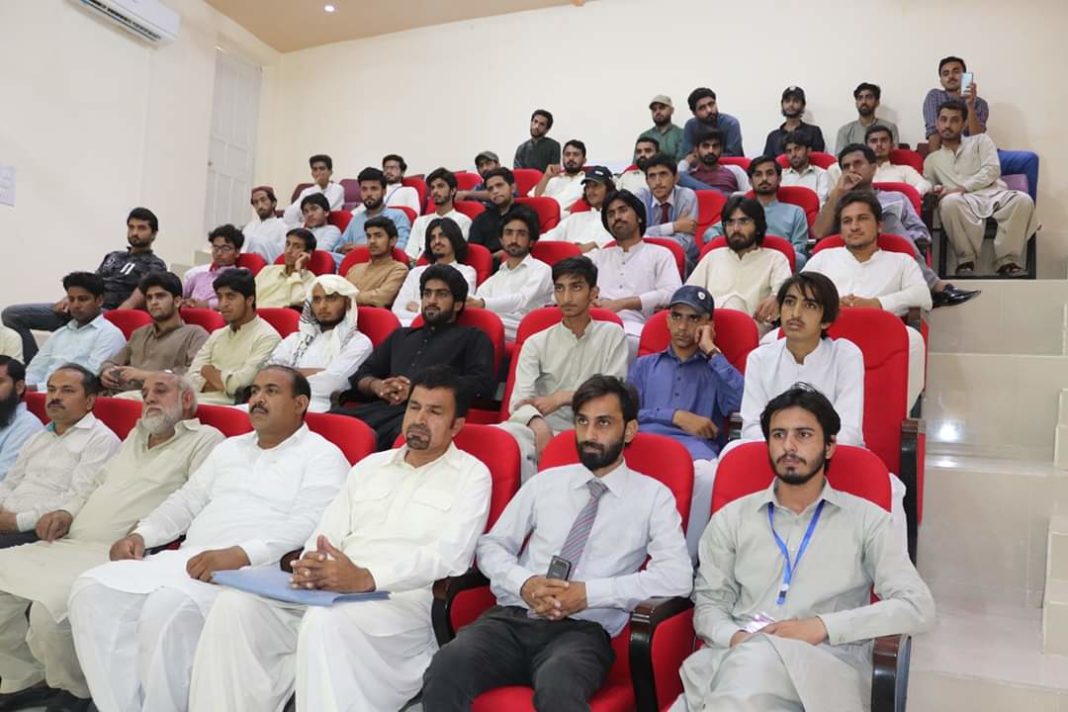 First speaker was Mr.Yaseen Ayaz Shahani who talked about how to choose a career . He pointed out the different step in choosing a career.

Third  speaker was Mansor Buzdar, who introduced Ecat and its preparation.

Fourth speaker was Amanat Ali( educationist )who talked about over all educational phenomena.

Dr Muhammad Ameen ( Vice chancellor Sargodah University and former Vice Chancellor at education university DG khan ) particapted as cheif Guest in Seminar.Dr ameen address out the overall trends of education in soceity and pointed out the factors which cauase failure in choosing a best career. He praised BSAC’s efforts for arranging such programs.

Last speaker was advocate Rana M Akram who shared his experience regarding law in Pakistans. And also offered students for financial aidance in judicial feild.

The last segment of program was Book Distribution among honourable guests.

At the end President Baloch students Action Committee DG Khan zone Azhar Baloch presented vote of thanks to participants and guest . He said BSAC consider Career counciling one of the biggest issue in Baloch areas and it will arrange more programs regarding career counciling.