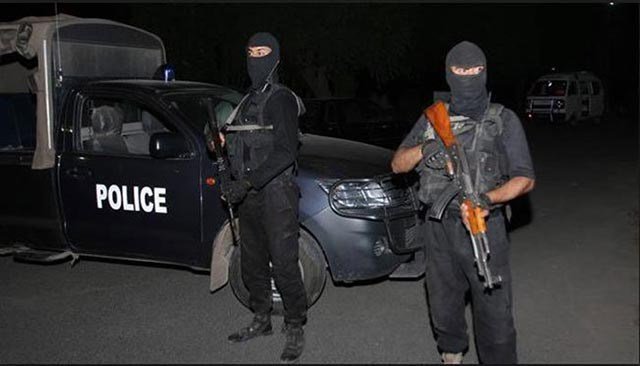 QUETTA: The Counter Terrorism Department (CTD) on Saturday launched a search operation against terrorists’ hide out in Naseerabad killing one hardcore terrorist planning a major terror activity in the province.

“Terrorists hided inside a compound started firing on forces, on retaliation one terrorist has been gunned down while two managed to escape.” Goraya said added the terrorist identified as Shukrullah members of a terrorist organization.

During the raid a large cache of explosive including suicide vests, hand grenades, IEDs and explosive material were seized from the compound.

“The terrorists were involved in suicide attack in Dargah Fateh Pur Jhal Magsi and attack on Imam Bargah in Bhag Narri.” DIG CTD said added they were planning another plot of terror activity in Balochistan but CTD’s timely action foiled terror bid.