Suicide among students has become a global epidemic. The transition to the university stage is a particularly sensitive process for young people. Halfway between adolescence and adulthood, students face a cycle of emotional and social changes that can take their toll on their mental health. Securing good grades followed by securing a spot in a renowned university and then passing it with flying colors increase the pressure, hence causing stress, depression, resulting in suicides, in many cases.

This dangerous trend has seen a rapid growth among the students of the medical universities in Pakistan in last month. Within the span of the last 5 months, at least 5 suicide cases have been reported from the top medical universities of Punjab, Sindh, KPK and Balochistan. few days back a student from Liaquat University of Medical and Science Sindh committed suicide and later on this act was followed by a final year student (Tasneem Anjum) of the Khyber Medical College Peshawar.

Medical is considered one of the world’s noblest and the toughest fields. But once they get into this field the pressure is exerted on the students from multiple sides. It seems that factors such as stress, lack of sleep, academic rigor, exposure to traumatic clinical situations, getting away from their families, pressure from the teachers and parents contribute to it. Yousuf Phirkhani 3rd year student from the Bolan University Of The Medical And Health Science, Quetta is the most recent victim of the egoism of the teacher. He was kept among the special supplementary students by the teacher and was discouraged on poor grades.

Increasing suicide rates demand immediate legislature reforms to not only treat it through crisis management, but also to take actions against teachers, who not only discourage students, but also practice favoritism. Government of Pakistan should form an independent commission at notional level to investigate such cases and should pursue the mental health counseling and the suicide preventing programs at schools and colleges level so that the students are not only able to seek advice and counselling but are also able to concentrate on their studies without any pressure. The commission should design and implement a National Plan on Suicide Prevention that allows uniform management of suicidal behavior in public and private institutions, through the creation of a uniform protocol, implemented by a team of experts committed to this social problem and public health.

Inspirations to fight this epidemic can be taken from around the globe as countries like Japan, Hong Kong and South Korea are working with the students to cope with such worse situations. Finland was the first country in the world to encounter this problem when they found the increased suicide rate in their students. This top down approach was implemented over a decade. One important aspect to tackle this was implementing crisis management program in the finish school. Countries like Australia, Sweden have also handled it to a great extent by investing a great potential on the mental health. Government of Pakistan should follow the national commitment of the above mentioned countries to undertake this growing trend.

The establishment of a national policy on suicide prevention by governments reflects a commitment to tackle the problem. 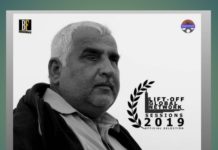