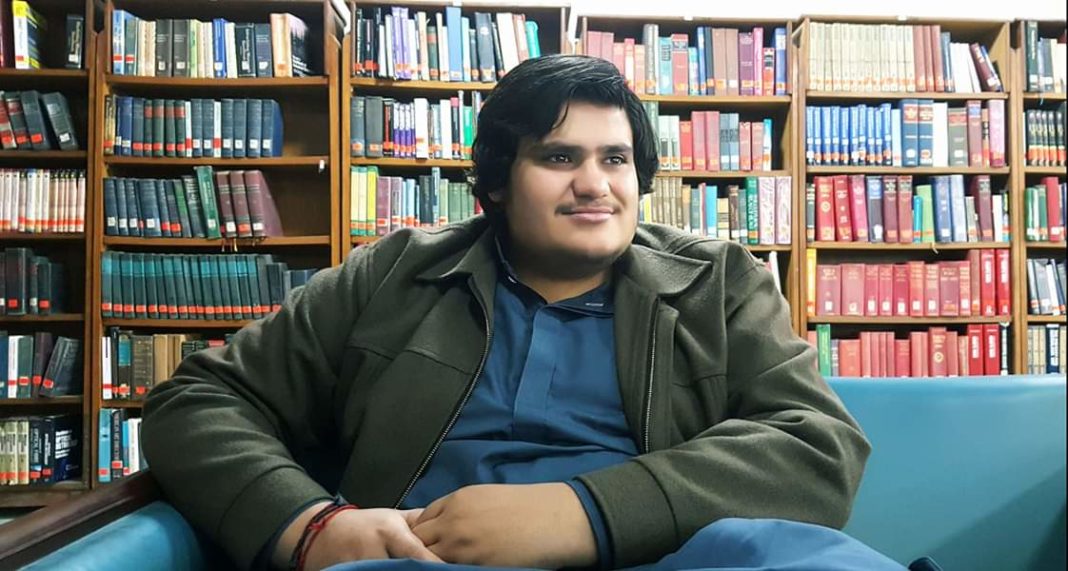 The emergence of ISIS in the Middle Eastern part of the world has been a cynosure of all the state as well as non-state actors due to its overwhelming growth all around the world. Essentially, it represents a Sunni-Muslim sect with an underlying objective of establishing a viable Islamic state Islamic state. Young souls coming from various parts of the world are joining the rank and file of this organization.

There are almost 12,000 foreign combatants coming to Iraq and Syria.

The resurgent foreign combatants belong to the countries ranging from 70 to 80.

Those hailing from the west number more than 3,000.

The ideological framework of ISIS is underpinned by Wahabism.Wahabism was influenced by the injunctions of Ahmad Ibn Tayma. Ibn Tayma’s ideological orientations and philosophical surmising played a vital part in crystallizing the contours of the brutal Ideology of ISIS and provided it with a legitimate cover to justify its horrendous acts of brutality.

THE GENESIS OF ISIS

The ISIS emerged as an off-shoot of Alaina in the wake of US invasion of Iraq. Aimal-al-Zawahirri was its standard-bearer. It came to surface during operation Iraqi freedom and was titled as Islamic State of Iraq. It was a formidable anti-American outfit. It enervated as a result of American engagement in Iraq. But afterwards, it was reinforced by Adnan-Al-Maliki. The intestine war began on March, 2011 in a bid to stretch out its tentacles towards Syria. The Syrian part of IS was given name of Al-Nusra front. Thereafter, it assumes an appellation of “Islamic State of Iraq and Syria”.
Subsequently. Al-Qaida chose to end its links with ISIS prompting Ayman-al Zawahirri to immediately disassociate himself from Al-Qaida. Its establishment includes four distinct phases:

PHILOSOPHICAL AND IDEOLOGICAL FRAMEWORK OF ISIS

It is an Islamic salafist jihadi organization of Islam. According to this ideology, it is a holy war against external and internal enemies that is the responsibility of each Muslim. The ideological orientations of Isis are inclined towards building a supranational Islamic state with a Caliph positioned at the top of the hierarchy and with a complete set of fundamental Islamic tenets and principles. The regions as delineated by Abu Bakar al Baghdadi must be an Islamic terrain where Muslims from various parts of the world must agglomerate and be part of this organization. The vision and philosophical framework of ISIS is based on the prospects of revival of pristine golden glory of Islam. They envisage an Islamic state ranging from Europe, Middle East, North Africa extending to south and west Asian territories of Pakistan, India and Bangladesh, and Iran and Afghanistan as well as central Asian Muslim states.

THE MEANS AND SOURCES OF ARMS AND AMMUNITION TO ISIS

In exception to Iraq and Syria, the Isis bought a large number of arms from abroad. When a reasonable quantity of ammunition of Syria and Iraq came to Isis. It also procured weapons from miniscule terrorists and insurgent groups of Syria and Iraq. On the basis of a study conducted by conflict armament research, the arms and ammunition being used by Isis are in fact American.

The tanks being used by it are:

THE CRUCIAL IMPACT OF SOCIAL MEDIA

The Isis profits from social media sites such as Facebook and twitter to propagate its philosophy and vision. There are countless examples that testify to the statement that social media is being quite effectively utilized in mobilizing the youth by inoculating jihadi spirit and ideas in them. According to the statistical data of a book “the twitter census” written by J.M burger and Jonathan Morgan. Isis occupies more than 50,000 accounts on twitter. Accounts collected at large are 90,000Average tweet a day is 15.5 over 200Demographic data is set at 93.69% users of small mobiles phones.

THE RECKLESS BREACH OF HUMAN RIGHTS

770 innocent people according to their own media department were ruthlessly butchered as a result of one of the victimized giving interview to New York Times. Christian community residing in Mosul is intimidated to be dislodged or pay jiziya. They are coerced to convert to Islam or else are murdered. The amount of jiziya which is set at 470 dollars becomes very difficult for them to give as they are living under reduced circumstances. The Yazd’s were maltreated in November, 2014. As many as 10,000 were dislodged and stranded between mountains with no source of sustenance. Quite a large number of people lost their lives out of thirst and hunger in wake of a US backed Kurdish attack. Two female doctors were massacred in September, 2014 on account of suspected collusion. The flagrance of tyranny reaches climax when innocent girls as young as 14 to15 are fornicated. They are presented as rewards to the combatants who are participating in jihad.

These banned organizations are expanding at a rapid pace and are formidable challenge to the most developed countries of the world as these outfits target mainly the modern youth of the western social formation. It is the most tragic failure of the liberal democratic social formations of the west that their youth is increasing being leaned towards one of the world’s most tyrants and violent terrorist organizations and that these liberal democratic politics are rendered ineffective in bringing them back or either putting an end to this unfettered menace. In fact, they are failure in delivering their policy framework on youth; these are accompanied by grave lapses in their democratic setup. It is a high time for the west to overhaul its strategies in order to protect the future of the young bloods and restrain them from participating in such a cruel outfit. They are required to make workable arrangements to effectuate their strategies and operationalize them in successful terms. Despite of the fact that western countries have peaceful liberal policies, their youth still continues to join a terrorist outfit which shows that their policies have some inherent flaws which need an immediate attention. The policy-making community can best answer this Question.

The western social formation treats religion as one’s private business. The young teenagers enjoy a vast sphere of freedom and have no limitations and restrictions from their family. Religious obligations are also not quite much binding on them. The western world has delegated such a vast independence and freedom to their individual citizens that at the expense of it, they profit from negative freedom which renders these societies ineffective to refrain them. Realistically speaking, Isis has gone a long way in developing the art of advertising posters, devising alluring slogans and settling to override the mental surmising of the youth to present itself as an effective choice of life-style. On this account, it has achieved a tremendous breakthrough by attracting myriads of militants to join its ranks. These posters are so cunningly forged that they attack the very vulnerabilities and motivations of the young community of the west. The western democratic societies direly need to develop an efficient mechanism to neutralize the threats posed by the militant outfits whose chief targets are the young males and females. They need to delegitimize such emotionally evocative solutions which propagate violence and replace these with other viable and practical solutions that do not allure the youth to find solutions in militant jihadi outfits. They also require addressing the potential vulnerabilities of these recruits. Until and unless, the western countries undertake such practical measures, these terrorist organizations like Isis would linger on to pose threats to them through social media marketing campaigns. Many of the young souls including those who are socially sequestered from their respective social formation. Young aimless youth is also attracted to it. Some of them are those who think that their western society has failed to render its appointed role and also fails to meet their expectations.

The writer can be reached at [email protected]