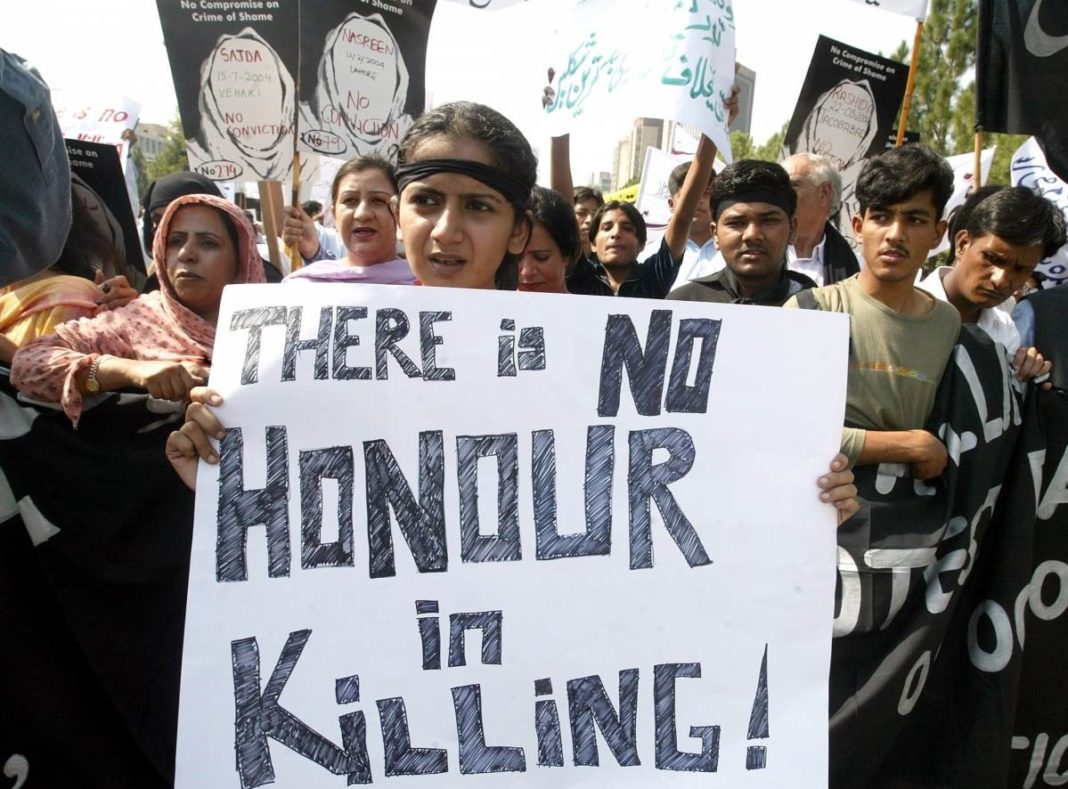 QUETTA: As many as 30 women and 19 men were murdered in the pretext of preserving honor in Balochistan in 2018 while Naseerabad Division remained on top of the list for honor killings in rest of the province.

The organization for women protection Aurat Foundation on Friday released its annual report which revealed total 51 women and 25 men were murdered in Balochistan in 2018 among 30 females and 19 males were killed on the name of honor or domestic disputes.

Addressing a news conference in Quetta Press Club the Program Officer Muhammad Ashfaq Mengal said, at least 17 women committed suicide due to domestic violence in Balochistan while 21 women and 8 men were tortured.

“14 women were kidnapped in 2018 in Balochistan while four were sexually harassed and four acid attacks on women were reported.” Ashfaq Mengal said.

The Organization has announced to start 16 days awareness campaign in Balochistan against honor killings and domestic violence against women, “Seminars would be held in Women University and Government Girls College while programs for women protection would be held in all schools across Balochistan.”

Assistant Director Women Development Department Rukhsana Baloch and members of civil society have urged the provincial government to establish a commission for the protection of women rights and all political parties should play their role for the approval of Anti-Child Marriages bill.