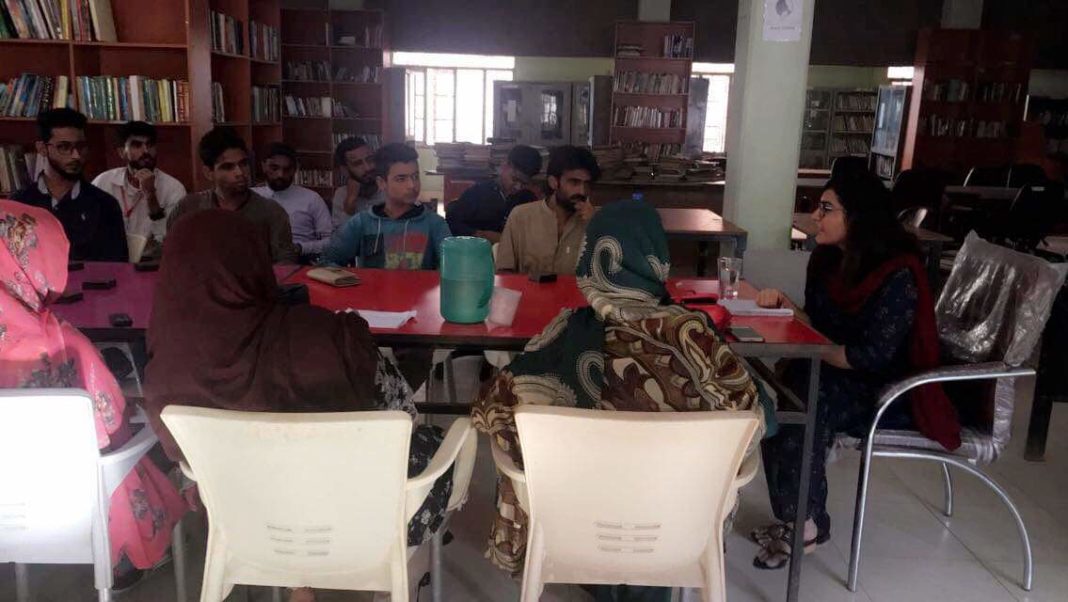 The lecture was delivered by Safia Bano, a lecturer at Department of Philosophy in the University of Karachi. The topic of Study Circle was “Post Colonialism. “

Safia said that the era which came after the colonial rule is called Colonialism. She portrayed the British colonialism on United India; the time period when Pakistan was a part of India which separated on 1947. 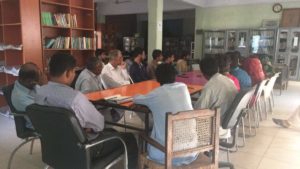 She described both positive and negative impacts of Colonialism. She said, when United India was under the colonies of Britain, then British established some beneficial things like railways tracks, universities, industries etc which were directly proportional to British’s interests because United India was a source of great economy for British”.

While sketching the negative impacts, she said that when a nation becomes colonized, then it loses its identity, culture, language, civilization, basic rights and has to see the world by the vision of colonizer. 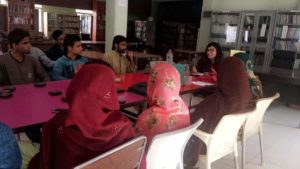 While explaining the time of Colonialism, Safia Bano said that when got redemption from Britain and then separated from India, we still don’t feel free and authentic, because somehow somewhere the British have left their tidbits, we are still colonized on the basis of ethnicity, traditions, and religion. We are being separated on the basis of ethnic culture, the one who is Hindu or Bengali, Christians and the rest minorities are not being equally treated.

At the end of the lecture, she precisely described the reasons of violation women rights.

She asked that why women are not being treated equally and said that feminism doesn’t mean that the movement which is against men.

She added that feminism is being misunderstood and is considered abusive. She strongly disagreed with this misrepresented concept of feminism and clarified that feminism means the movement of asking about women freedom as a human being, equal social rights, laws, and education”.

On the other hand, The LLF team thanked the
Chairman DMC South Malik Fayaz, Mula Fazul Library Administration, Sir Nabi Buksh, Mir Akram Baloch and Agha Rehman for their support for the share of knowledge and wisdom.