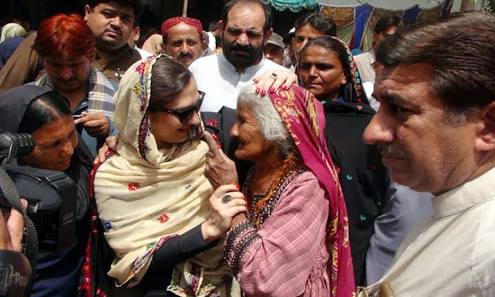 Balochistan is often defined as the province which is backward despite being the backbone of the country’s economy ___contributing almost more than hundred natural resources to the country but it reamains a province which is backward and neglected in every sector be it,education ,healthcare, sanitary system ,employment and above all fundamental food and water which is required for the life on Earth.The poor’s life is devastated in the Balochistan province.But fortunately, these days, three times food is supplied by the BISP (Benazir Income Support Program) where a whooping 4,700 are given to the poor and middle class families of Balochistan.

The BISP programme was initiated in 2011 by conducting a poverty census .The share of Punjab____which has the lowest poverty rate is 12pc ,KPK with 25pc and Sindh with 22pc but when it comes to the poverty stricken province like Balochistan ,one would expect the highest share but no.Balochistan’s share is 13pc and it raises multiple questions.Whether Balochistan has a province of rich or it has become so much rich that there is no need of any quotas in the BISP?

It is a tragic that KPK’s and Sindh’s share is doubled than the share of Balochistan which they receive from the BISP.It means more 235,759 peole would be dispensed through the BISP.They are deprived of what should have been theirs.

It is estimated that the quota of Balochistan province in the year of 2014/2015 was the lowest according to its population share.

Dr Bengali in his book ,”A cry for Justice: Empirical Insights from Balochistan” reckons why Balochistan is deprived of its share.Balochistan province undoubtedly, reamins the most privileged province of the country and contributes to be the country’s largest province becuase of its area’s vastness.

Dr.Bengali comments that it is because of the wicked systems of roads.The roads in the deprived and isolated areas of Balochistan can be one of the reasons behind the deprivation of the province in the BISP.The poor living in the inaccessible areas are more poorer as compared with those of the accessible areas.

The chairperson of the BISP,”Ms Marvi Memon” comments that the poverty census was a kind of error which would be corrected and updated soon.But one thinks how many decades would it take to be completed and corrected.

Moreover,being a native resident of the Balochistan province,I witness a great many reasons behind it.For instance in our locality, there are a number of the rich who are the beneficiaries of the BISP in spite of knowing the fact that this is the right of the poor.

Recently, I was going along the way in front of the BISP office in Turbat district ,I saw the office congested with the people demanding the BISP cards.

And it takes a long duration of time ,one poor becomes a beneficiary of BISP.

Recommendation ,on the other hand,can be a cause,since the people or officers who are working only want their people get money_______consequently, issuing cards to their own kiths and kins.

But notwithstanding, it is hoped that the poor class families in the province would be getting a small amount of money to run their chores and have one time meal on time.