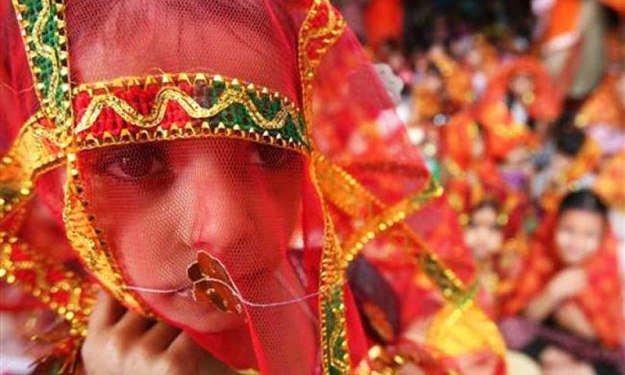 That is the right of a girl to say no to marriage and keep all school ages girls into schools. We do know that girls are the backbones of every developed and under-developed country since without the assist of females no nation can be successful. But, unfortunately, we are unaware about the rights of females as they are facing numerous pros and cons such as, honour killing, child labour, the victim of acid attacks, joblessness, child marriage, the rape victim and
many more.

It is a tragedy that 15 million girls marry before the age of 18 each year and every second a girl becomes a child bride. According to the report by “Save the Children” that every second girl under the ages of 15 is forced to marry to a much older man. As child marriage starts a cycle of disadvantage that denies girls most fundamental rights to learn, develop, be children and it has also so many other harms which can ruin the life of girls because they cannot attend schools and face domestic violence.

Here the questios arise, are females born to have a discouraged life? Don’t they have the right to be educated? Why are they being neglected by the government? Who is the onus of these girls whose jubilant of life is crushed, due to marriage? Apart from this, poverty and gender discrimination are the main root causes of child marriages.

Furthermore, recently a 14 years old girl married with a 59 years old man. Now 15, she is 3 months pregnant and she said that “my marriage is a misery for me and I feel blessed that I am having a baby, but I am a child and raising a child.“ This is the time that she should be the school but unlikely, she is out of school, due to her marriage.

Also Read: Save Girls: Say no to Child Marriage

Going to school gives choices and opportunities in life, allow them to play an active role in their communities and break the cycle of poverty. Educating girls is one of the most powerful tools to prevent the child marriage.

Although child marriage is a global issue, yet its prevalence is high in Balochistan due to various causes such as lack of education and awareness; in Balochistan, approximately 22 percent boys and 63 percent girls are married before the age of 18. Child marriage affects both boys and girls, but a majority of girls is affected by this torment. The splendid lives of girls are spoiled.

Even though, children of age 10 to 14 are getting married. Because of early marriages mortality ratio during pregnancy is high. Child marriage still persists in most of the villages in Balochistan where illiterate people are involved in such heinous negligence. The people from rural areas are unaware of child marriage and its effects.

Nevertheless, in last month a minor, Sara, who belongs to a poor class family got married before 16. “I was very much interested in studying and wanted to become a school teacher but unfortunately now my dreams are crushed owing to early marriage, ”Sara laments her plight.

As there are so many children like Sara whose dreams are being crushed out owing to child marriage. So, girls have a right not to be forced into marriage as minors and they have a right to stay in school. As the most fundamental rights of girls are to learn and develop, to be children, to be empowered and be free from harm.

On the other hand, Why has the government abdicated its responsibility to ensure that girls are protected against this pervasive ill that plagues our society? Only education will cure this epidemic.