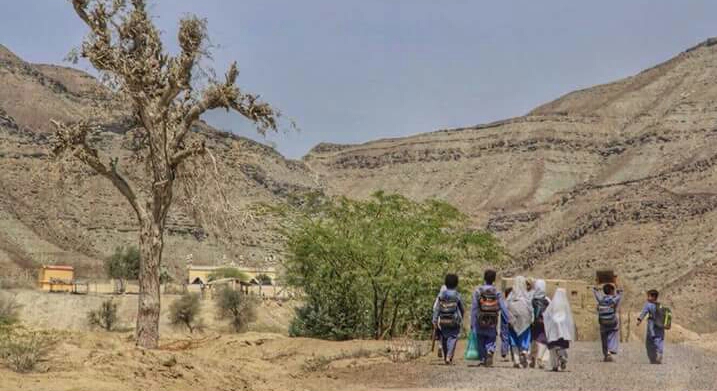 The main purpose of this day is to highlight the importance of literacy and spread awarness about issues of literacy. However , the word literacy , according to the dictionaries means ” The ability to read or write” concerning with the meaning or defination of literacy it is useless to celebrate the ILD in a country like Pakistan  whose literacy rate is very low falling in  60 per to 58 per according to the economics of pakistan. Pakistan is such a country where illiteracy is our ruler.  There is never any need of  celebrating literacy day than taking actions for the betterment of education.  Turning towards Balochistan, the scenario is more horrible than expected. Balochistan is the richest province of Pakistan in terms of natural resources and Land but sadly it is the poorest among all when it comes to Education.

According to a  report Balochistan stands at the lowest rate literacy. According to the constitutions of country”state is responsible  to provide  free and compulsory education  to all children of age five to sixteen years. Pakistan’s constitution of 25 A  states that” the state will remove illiteracy and and will make sure to provide free and compulsory secondary education within the minimum period “. Unfortunatlly , it is  disheartening that  despite strongs Articles-constitutions  the statistics show that ,comparatively, punjab has the  literacy of 62pc , followed by sindh 55pc where as literacy rate in khyber pakhtunkawa is 53 pc. Most alarmingly,Balochistan has the lowest literacy  rate which is  only  41 percent.

Similarly, the situation of Female education is worse with 70% girls dropped out of school. There are number of causes and reasons which lagges Balochistan back like the absence of teachers in schools-the ghost teachers. The surveys have revealed that  more than 12, 500 primary schools in balochistan , unfortunatlly 7000 schools are without class rooms and teachers. Further it was estimated that at least 2.3 million boys and girls are out of school,1.1 million children  can receive primary education after matriculation only.

There is no need of celebrating the ILD when there isn’t 1%change in educatiom system in Balochistan. Rather than celebrating the day actions must be taken to resolve the issues related to education.

Nevertheless it seems to be useless to apeal to Government but as being a hopeful student of Balochistan i reqest the new CM of balochistan, our Government, educationalists, political leaders, Governmental and non Governmental organizations instead of celebrating this day , take initiative for the improvment of Education in Balochistan in order reduce the illiteracy rate.