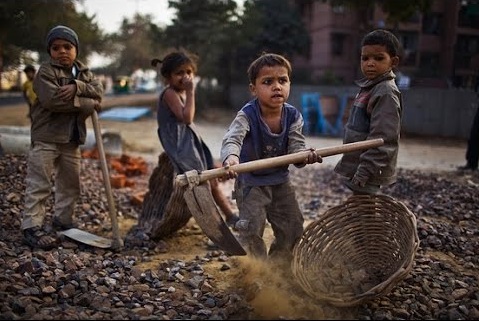 Pakistan has been confronting manifold hurdles of child labour for long. In the country, the children are engaged in various forms of child labour as the constitution and Labor Laws prohibit the employment of children before the age of 14 years. However, according to the National Child Labor Survey, approximately 3.3 million children below the age of 5 to 14 are working as child labourers in Pakistan, be it, boys or girls.

Consequently, Consequently, Child labour has an inimical impact on the society, since it deprives the children of getting a quality education, taking part in the improvement of the country and it also stops the running economy.

On the other hand, in this age ( 5 to 14 ) children have to be at school, but unfortunately, in Pakistan half of the children are being seen in collecting garbage near the shops etc. However, recently I was on my way to the university got shocked when I came across some children collecting garbage near the road for a livelihood. When I saw these innocent children, some question arise in my mind that don’t these innocent children belong to a rich and under-developed country? Don’t they have the rights to be at school? Isn’t the constitution given their fundamental rights? If yes, then why they are engaged in child labour!

Additionally, child labour has crushed out the dreams of many children in Balochistan too. Khalid, a small boy aged 13 resident of rural
Kolahoo wanted to read, but unfortunately, he couldn’t due to financial problems as today he is a shepherd and grazing the sheep for a livelihood.

Furthermore, in Pakistan, we can find hundreds of thousands of children working as child labourers, since this results in mental, physical, moral and social disadvantages. Most significantly, we have to end over this social malicious action for it is killing the bright future of our innocent children.

However, Balochistan is fighting the centuries-old scourge of children since its beginning. The majority of children are hailing from the impoverished segment of society’s sufferings from this social injustice. We can see children under the age of 14 begging on streets, sweeping roads and cleaning cars at traffic signals, but still, the laws are silent to be implemented in the country.

Besides, the government should at least realize the pain and suffering of the needles children since it is the state to provide the necessities of its dwellers.

In addition, Child Labour is a critical issue which demands radius solutions, there is no better way to prevent Child Labour, instead of educating the children and giving them the ground-laying rights.

Finally, what is more, the children are the bright future of any nation and society; every state had better facilitate its children to acquire the high quality of education. Child labour has ruled enough on us now, it is high time that we deal strictly with this menace.