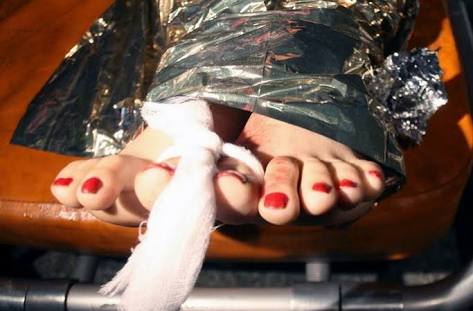 A female professor Rehana Sami has been found dead at her home in Arbab Karam Khan Road, Quetta.

The reports say professor was staying along with her daughter-in-law and there was no other person in the house.

According to the police the case seems to be a murder as the dead body had torture marks and professor’s daughter-in-law has been arrested.

The police suspects that daughter-in-law is involved in the murder as she was the only person present in the house at the time of incident.

Further investigation into the case is underway.