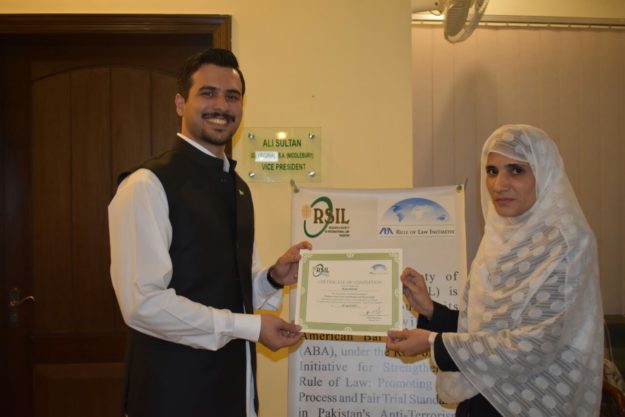 Shazia Mehrab is one of a few female lawyers in Balochistan and the first ever female lawyer of Gwadar district in southwestern Pakistan. She has emerged as a great motivation for the women of Gwadar and Balochistan as she has joined a profession which has been only male-oriented so far.

She was born in a poor family. Her father was a common laborer. But Shazia despite facing challenges of extreme financial crises, social barriers has become a whistle-blower for the women of Balochistan. Her life so far is a story of continuous hardships and hard work. By her will, she has overcome every obstacle on her way becoming a successful woman. By becoming a candle in the darkness of ignorance of false traditions and taboos, Shazia is a herald for Balochi women.

She narrated her story to Pak Voices saying, “It was a dream to become a lawyer since my childhood. Since there was no established law institution here so I went to Karachi to study law at SM Law College. I completed my law degree in 2015 and headed to Quetta to ascertain my license as a lawyer. In 2016 I got my license and started a law practice in my city in 2017 in here in my native city, Gwadar.”

She revealed some of the challenges faced during her journey to become a lawyer. “I went to Karachi all alone to study at SM Law College. It was very difficult to adjust myself in a metropolis like Karachi. But I never gave up and face every obstacle with patience and bravery.”

She further asserted, “No one supported me except my own family as I had to suffer a lot of rude and impolite attitude from our society.”

Talking about the challenges faced by women in our conservative society she said, “Most of the obstacles are created by a woman’s own family in our society and she can never succeed until and unless she is trusted and supported by her own family.”

“Our women are nothing less than men in talent and productivity but they need support and encouragement most importantly from near and dear ones.”

While sharing with Pak Voices her views regarding women’s financial dependence on men she says, “One of the biggest barriers in women’s development is their financial reliance on males making them dependent on them for small things.”

Her message to the woman is very inspiring. She asserts, “Women should never let inferiority complex even touch your thoughts.”

Shazia Mehrab is indeed a forerunner and a role model for the women of Gwadar and Balochistan. She is aware of her current status, “No woman in Gwadar would think of becoming a lawyer in Gwadar which has changed after I took the first step as girls feel inspired with two more girls following my footsteps.”