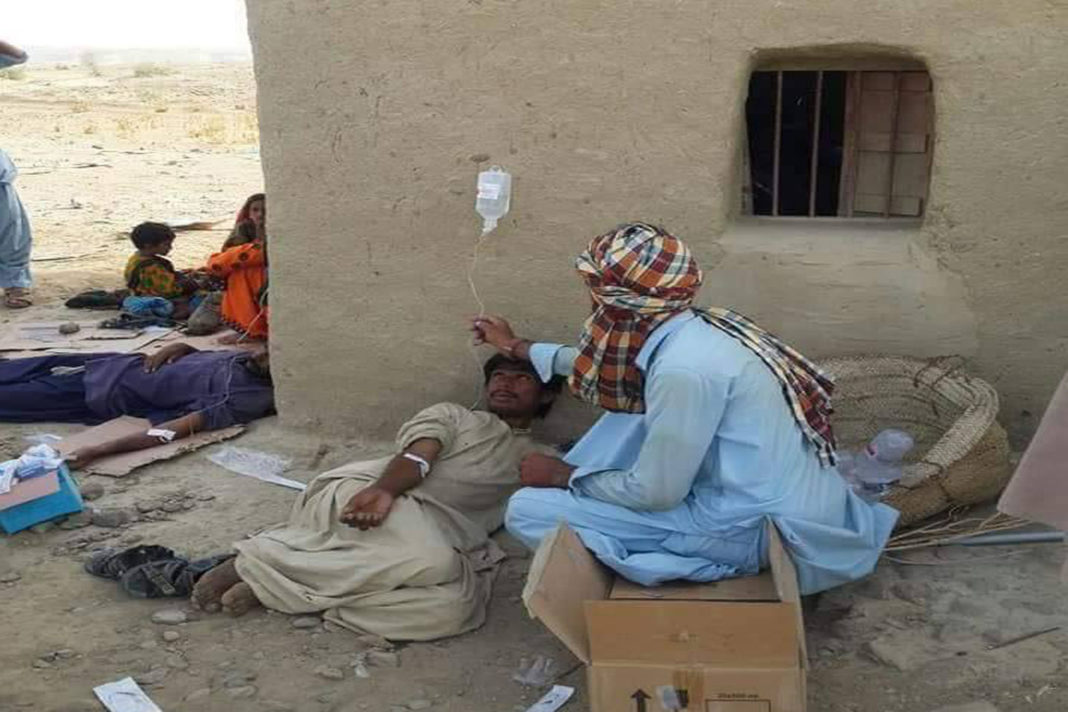 Balochistan, despite being considered the hub of CPEC project- a multi-billion economic project in namely the China Pakistan Economic Corridor, has one of the dilapidated health sectors among other provinces which, sadly, is in dismal state. Regretfully, there are no good health facilities where people are confronting numerous problems in terms of health. In addition to this, there is no good mechanism of hospitals, lack of modern machinery in hospitals, dearth of adequate well-qualified and trained doctors in hospitals. In contrast, the health indicators in Balochistan for infant and mother mortality were poorer than any other provinces.

Due to lack of funds, planning and management, the health sector of the province is presenting a grim picture of people being easily attacked by fatal diseases. The unequal distribution of wealth to the sector is what leading to disastrous consequences as water-related diseases are prevailing due to lack of water supply and sanitation facilities, absence of proper sewerage disposal, waste management and contaminated water. In fact, it is the prime responsibility of the federal and provincial governments to allocate more funds to improve the abysmal condition of health sector in Balochistan.

On the other hand, the government of Balochistan is not being provided the necessary budgetary allocations for the improvement of health sector. The amount spent on health services out of GDP is hardly sufficient to bring any meaningful change in the system. Abysmal health services of the province leave the patients with the only option of private hospitals.

Because of lack of budgetary allocations, however, a number of hospitals lack modern equipment; even though, in rural areas, it is hard to find regular doctors in governmental hospitals that are triggering a large percentage of patients. According to an estimate, there is only one doctor available for 7300 persons on average.

Shockingly, people who are being thrown on filthy beds of governmental hospitals and those who are not even allowed entry into wards due to lack of space only hear the hollow slogans of politicians. Indeed the legislation approved by the state needs implementation since it has been far long time our elected representatives are exploiting the votes of public to gain political mileage in the elections.

Balochistan is in a devastating situation that needs a change. The government of Balochistan requires to launch long term plans on health sector, ensure implementation of previously announced projects and proper utilization of funds to improve health sector in the natural rich province. If governmental hospitals are prioritized or facilitated, there remains no need of private hospitals because people can not afford the charges and fees of private hospitals.

Hence, the health sector requires much budgetary allocations and health related facilities to be provided to the patients. Thus, the public hospitals must be facilitated with all the amenities.