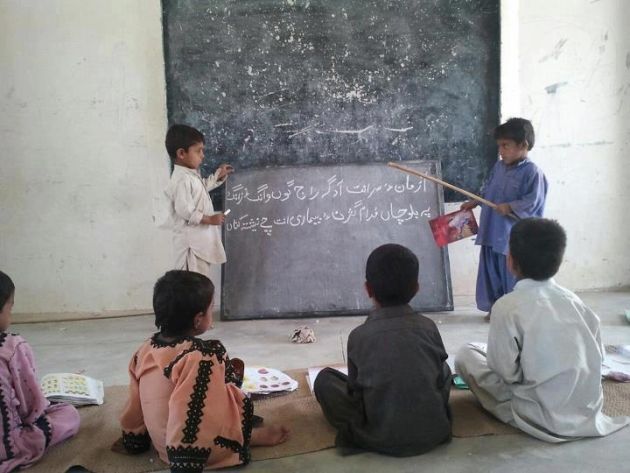 It is estimated that Balochi speakers are more than 20 million and most of them reside in Pakistani Balochistan, Iranian Balochistan, Afghanistan and other parts of the Asia and Europe. They have got different dialects of Balochi speaking living in different areas with sheer assimilation of Balochi culture, traditions, strong devotion and love for Balochi.

There are mainly three dialects of Balochi language: Makurani, Rakhshani, and Koh-e-Sulemani. On the one hand, most of the Baloch linguists classify the language into three dialects, but on the other hand, Sayad Hashimi, one of the prominent Baloch linguists, wholly disagrees with the classification of dialects within the language. He believes, every community has got a different dialect comparing the whole Balochi speakers, and he maintains it is useless to complicate and limit the language by classifying it into some dialects.

Balochi, one of the oldest languages, has got a vague history like such other languages. The views, Baloch and west scholars share regarding its origin, are yet controversial and unclear; however, we cannot wholly claim that the origin of Balochi language is unclear rather there are some satisfying answers to it. Some of them state, it got originated in Persian, and some relate its origin to Iranian group of the Indo-European language family.

Anyhow, the language today we speak is a very rich language: full of vocabularies, idioms and idiomatic phrases, lullabies, folk stories, folk songs, and folk literature. It is also full of writers, poets, researchers, and linguists. Before 19th century, Balochi was an unwritten language. The reason was that there were not any literary people and linguists in Baloch community till mid-19th century. However, there have been a lot of literary works in Balochi language from that day forward. As Sayad believes, the mid-19th period and twentieth century were renaissance of Balochi language.

Sadly, Balochi has never had any value and it has never had been the official language of any community to date like other neighboring languages of its; the reason is, Baloch have never had any long lasting rule over a country. When seeing the history of Baloch, we will find that they were always there to fight for others as mercenaries, except Korosh reign in Iran. Moreover, Balochi language has always been oppressed, it has never been provided any chance to develop; however, it is alive and fine.

They were British linguists and historians who introduced Balochi in written form in Roman script; this was the introduction of Balochi writing. But when Baloch poets and scholars started writing, they refused Roman script and introduced ‘Nastaaliq’ (Persian script), but very less Baloch linguists and scholars favored that and finally ‘Naskh’ (Arabic script) was introduced which most Baloch scholars, intellectuals, and journalists favored.

After introduction of ‘Naskh’, Baloch scholars and linguists such as Mohammad Hussain Hanqa, Gul Khan Naseer, Khair Mohammad Nadwee, Siddique Azat, Malik Mohammad Panah, Azat Jamaldini, Sayad Hashimi, Abdullah Jamaldini, a lot of more began working on Balochi grammar, Balochi orthography, and such other linguistic issues. Finally, Sayad could compile a lot of research-oriented books regarding the history, grammar, and orthography of Balochi language. Despite being arranged, its orthography is not satisfactory to lots of Baloch linguists. And with regard to its orthography and standardization, they often have conferences talking out the major linguistic issues. However, most of us (Balochi speakers) are satisfied with the standardization and orthography of our language.

Regarding the origin of Balochi, there have been lots of discussions and research by English and Baloch linguists. Most of them are in the believe that Balochi is an Aryan language. On the contrary, there are some linguists as Gull Khan Naseer and some other who believe Balochi got originated in Persian, this has been criticized by most of the Baloch linguists such as Beg Mohammad Begul, Mohammad Hussain Hanqa, Azat Jamaldini, Sayad Hashimi and some more linguists that it is to downgrade the value of Balochi or to consider Persian more important than Balochi.

Anyhow, the authentic researches on Balochi language, done by Taj Mohammad Bresseg, Jan Mohammad Dashti, Saba Dashtiary, Azat Jamaldini, Mohammad Hussain Hanqa, Inayatullah Baloch, Shah Mohammad Mari, Abdul Samad Ameeri and some English linguists such as Elfenbein, Graherson, and Selig S. Harrison, put it forward that Balochi is Aryan language and originated from a lost language named Median language and it is about Parthian language age. It is classified as a branch of the Iranian group of the Indo-European language family and is believed to have flourished in Caspian sea and adjacent areas; but, on the other hand, most of the linguists are in the believe that it flourished in Iran before some three thousand years.

Surprisingly, Avestan language did not have any orthography; therefore, it got lost. In other words, it took the shape of Balochi and Parthian languages. Furthermore, before migration to Iran, Baloch were inhabitants of Caspian areas. They loved to settle in mountains for they didn’t like residing in cities. By residing in mountains, they were brave. Due to their bravery, they were taken as soldiers by the Iranian kings. When they, a majority of them, migrated from Caspian regions, settled in mountainous areas of Seistan. After their settlement in Iran, most of the Baloch were taken as soldiers, who always fought bravely against the enemies of their kings. Owing to their bravery, they were given higher ranks in the army; and in the army, almost everything was in charge of theirs.

A time came the Baloch soldiers decided to rebel against their kings. Within a very short time, they washed away the rule of their kings. They, headed by Korosh (a Baloch army general), started their rule, named ‘Hakhamanshee’, during 500 BC.

Sayad maintains that the writers of Hakhamanshee rulers which were carved in stones, discovered by archeologists in recent centuries in Iran, have very deep links with Balochi. He believes the Hakhamanshee rulers were Baloch as mentioned before, and their writings, carved in stones, are in Balochi. In opposite to this, there are some writers who believe those writings are in Persian or Parthian, but Sayad totally disagrees with them and says the writings, written by Hakhamanshee rulers, better match with Balochi than Persian or Parthian.

Moreover, there has been a big fight on the subject of considering Brahui speaking Baloch; and even some Baloch scholars such as Mohammad Sardar Khan Gishkori and some more believe that they are not Baloch. Jan Mohammad Dashti makes it clear that the Baloch and Brahui are not two separate peoples. The only difference is merely of language. It can be said that Brahui philology may be composed from some Median dialects or greatly influenced from some Dravidian tongues. He believes anyone can adopt any language. The Baloch in Punjab speak Saraiki, as Amba, a Uganda tribe, speak two languages, but are one people. The Pakhtoons, who speak a lot of different languages from each other, are one people. All Jews too do not speak the same language, Hebrew. The Baloch might have learnt the Brahui language from some of the tribes who were once occupying these regions. Convincingly, there is no room left to doubt whether Brahui speakers are Baloch or not.

Wrapping the discussion up, it has become an article of faith that Balochi has originated in Iranian group of the Indo-European language family before some three thousands years and is older than Persian and other neighboring languages. The Indo-European language family has originated from Aryan language, one of the basic languages of ancient people. Lastly, it would be a step in the right direction if we pledge to struggle to fulfill all the essential requirements of our language and work harder to enrich it with more and more literary works and writings, since Balochi is the future of Baloch.