Home Latest News Baloch want to be as independent and free in their homeland as... 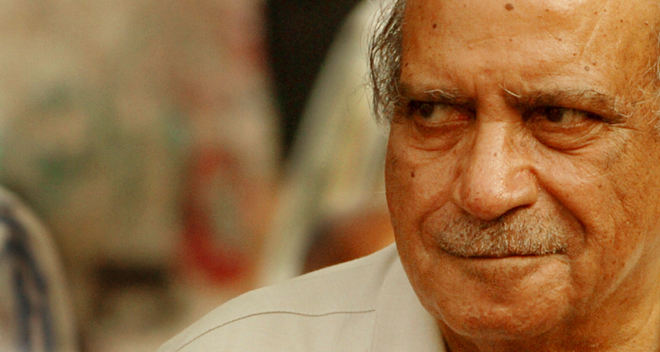 I.A. Rehman continues to be one of the most consistent voices against human rights abuses in Pakistan. A former chairperson of the Human Rights Commission of Pakistan, Mr Rehman is known for being outspoken as a journalist and activist. He has also been awarded the 2003 Nuremberg International Award for Peace and Human Rights and the 2004 Magsaysay Award for Peace and International Understanding.

He was interviewed on the sidelines of the 20th Sustainable Development Conference in Islamabad last week and spoke to him about the state of human rights in Pakistan.

Q: Is there a systemic reason for curtailment of free speech in Pakistan?

A: Although the Constitution of Pakistan gives the right to freedom of speech under Article 19, and also says the press shall be free, many of our rights are curtailed by making them ‘subject to the law’. So, free speech is also subject to law.

If I want to challenge that statement, I risk a few years imprisonment. Similarly, I am not supposed to say anything against countries with whom Pakistan has friendly relations under the Foreign Relations Act.

There are several systematic faults that confine my right to freedom of expression. For instance, my religion allows me to discuss and debate religion, but the state does not.

What should have been a welfare and democratic state has become a security and intolerant state; it must accept my rights without any reservations. The burden of proving that one’s statements are causing any disaffection should lie on the state. Instead of a citizen proving that he is stating something positive, the state or concerned authorities should prove that any statement is causing alarm or chaos.

A: It is very largely true. The Baloch are not asking to be given anything that is not their right. They want to be as independent and free in their homeland as Punjabis are in Punjab. Similarly, Sindhis, when they talk of their culture, civilisation, language and of the fears that they are reducing into a minority in their homeland; this is what nationalists say.

In Pakistan, nationalists are called traitors. The establishment has been issuing certificates of patriotism and it must stop now. Whether it is a Pakhtun, Punjabi, Baloch or a Sindhi, all are Pakistani nations and every nation should get its respective rights.

Q: What do you have to say about the rise in alleged enforced disappearances?

In 2010, at the request of the Supreme Court of Pakistan, a commission was set up [to] report on the enforced disappearances, comprising three former judges, known as the Judges Commission. I request the government to publish and publicise the report that was prepared by the commission. All controversies will become clearer if the report is made public.

Q: How do you view the rise in intolerance and extremism at educational institutions?

A: I hold the state responsible for the rise of intolerance and extremism because the textbooks they are prescribing for students lead to divisions and violence in society. And educational institutions or society are the reflection of the state. It is the need of the time that the curriculum should be changed if the state is serious about tackling this issue of extremism.

Q: In Pakistan, activism seems to be limited to protests and very few people follow those cases afterwards. How useful is this form of activism?

A: Well, protest is part of activism, but it is not [the only part of] activism. When any incident occurs or there is an issue in society, and when activists come up with the idea to protest it, should be followed up with some demands and the activists should keep following the issue and should not leave it until it is resolved.

I think there should be a consistent movement for the betterment of life; the movement is the most vital part of activism.