There is no denying the fact that this world is full of numerous outstanding personalities, no matter they are alive or met their maker, but due to their high profile achievements, they still remain alive in the hearts of people. Since history remembers those who have made history, of course, Mureed Buledai is one of them to fall in their category. No doubt, Mureed Buledai is no more in this world, however, people still remember him in their respective thoughts.

Surely, Mureed’s thoughts, voice, and love for Balochi music inspired thousands to remember him forever. Surely, it really gives tough time to Baloch musicians to bridge the gap of his. It is true that Faiz Mohammed Baloch is known as one of the greatest Baloch singers; when he met his maker, Mureed bridge the gap of him. He didn’t let the people realize that Baloch had lost its great singer and musician, but the death of Mureed became a great loss for Balochi music.

Furthermore, Buleda is considered to be the native place of Mureed’s father and grandfather who were in a great status in Buleda at that time since they were rich enough with their sheep, but as the period passed by, it became hard for them to feed their sheep with the limited place, so for this purpose Mureed’s father and grandfather along with family members took the route towards Sindh for the search of grasslands. They settled in Kandakot, Sindh. Right after settling there, one of the greatest singers and well-known musician, Mureed Buledai, opened his eyes. With the passage of time, the sharp enough man got the responsibility of grazing the sheep in the mountains at an early age. When he reached at the age of 11-12 in which the sense of maturity developed in him, Mureed unknowingly started singing at the time of grazing the sheep.

He started expressing his feelings in the shape of poetry along with sweet singing sound which encouraged him to sing in small gathering. After this, the journey of his life took a new shape when he sang in different gatherings and programs in his early age. He inspired the all community of his region by his sweet sound which compelled many people to say that Mureed would reach the highest peak of popularity.

Furthermore, it is highly mentioned that the hidden secrets, through which Mureed’s name reached on top of the list, are known to be Baba Jawansal and Usdad Ali Sheer Buledai, who fought tooth and nail to bring Mureed on top since once Mureed stated that the intonation in his sound developed by Jawansal but rhythm in his singing developed by Usdad Ali Sheer Buledai’s hard work. It is said that they were the man of courage who encouraged Mureed to go for singing. Jawansal became aware of his hidden talent when he heard the sound of Mureed while Mureed was grazing his sheep in the valley. He couldn’t stop his heart’s feelings and started encouraging Mureed wholeheartedly. The encouragement of Jawansal made him realized that he possessed all of the qualities of a singer that a great singer needs to have.

Further, letters defined that beard, Balochi turban, lace on his clothes and Balochi music with ‘Thomburag’ were the beauty of Mureed’s charming life. True, the traditional life of Mureed represented Balochi music and Baloch within Pakistan and out of Pakistan in many cultural programs. He performed in cultural program out of country such as that of Marishi in 1973 and known to be the first program in that he had performed with electronic instruments but the interesting story is that he performed it wonderfully and made the people in deep thinking, which led Mureed further visiting a number of countries such as Tanzania, Kenya and Turkey in order to represent Balochi culture and language.

Interestingly, in 1979, Mureed was rewarded with Tamga-e-Husn by the government for his great achievements. Sadly, the best singer of his time, a well-known artist, and a great musician left us in February 1986 but remained alive in the hearts of the people like a shining star. 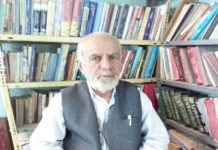 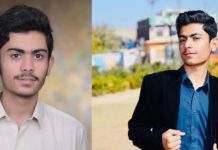 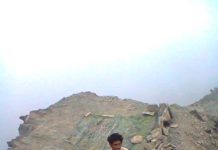 Janzaat: A golden mountain in Karki village of district Kech