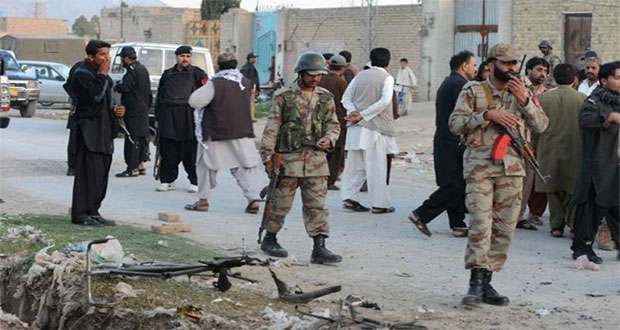 At least four personnel of Frontier Corps (FC) were killed when a remote-controlled bomb hit their vehicle in Mand area of district Kech, Balochistan.

One of the FC officials told the media that their convey was attacked by the miscreants in Tehsil Mand of district Kech due to which a vehicle destroyed completely.

The official said, the convey was in the area on routine patrolling when unidentified militants attacked it.

After the blast, the injured FC personnel were immediately shifted to Turbat Civil Hospital for treatment.

Right after the incident FC and levies forces rushed to the spot and tightened the security measures in the area.

Chief minister of Balochistan directed the law enforcement agencies to bring the culprits to justice.