Home Latest News The facts you must know about Gwadar 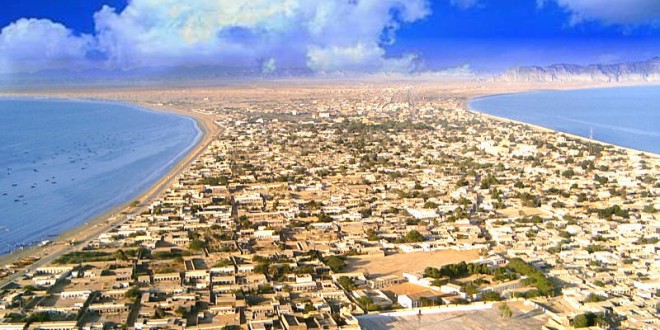 Gwadar city of Balochistan has become the center of attraction due to deep sea port and China-Pakistan Economic Corridor (CPEC). However, there exist some more facts about this much talked city of port.

The sea has covered three sides of Gwadar city

The city of Gwadar is located in a place where it has water in all three sides except one. The sea has surrounded the complete city in three sides and it has land entry and exit from one side only.

The ‘Mountain of lies’ is situation in Gwadar

There exist a mountain called “Koh-e-Batil” which means the Mountain of lies. The mountain has much popularity among the people of Balochistan and others who visit it. Mostly the visitors climb up the mountain to look at the beauty of Gwadar city from the peak of that mountain.

Gwadar remained a territory of Oman until 1958

The Khan of Kalat handed over Gwadar to the Sultanate of Oman in 1783 and later in 1958 the government of Pakistan bought it from Oman for $3 million. Gwadar officially became the part of Pakistan on September 8, 1958.

Gwadar became the part of Balochistan in 1977

Pakistan purchased Gwadar from Oman in 1958, but at that time it was not integrated in Balochistan territory. Later on in July 1, 1977 it was officially included in Balochistan.

The Gwadar port is 47 feet deep

Gwadar port is 47 feet deep and is considered one of the deepest ports of the world. It can handle the largest cargo ships used for the transportation of goods and other materials.

It was in 1954 when the Geological Survey of United States recognized that significance of this port and conducted a survey of the sea. After the survey they considered this site suitable for deep water port.

The city is situated on the shores of Arabian Sea and is around seven hundred kilometers from the west of Karachi city.