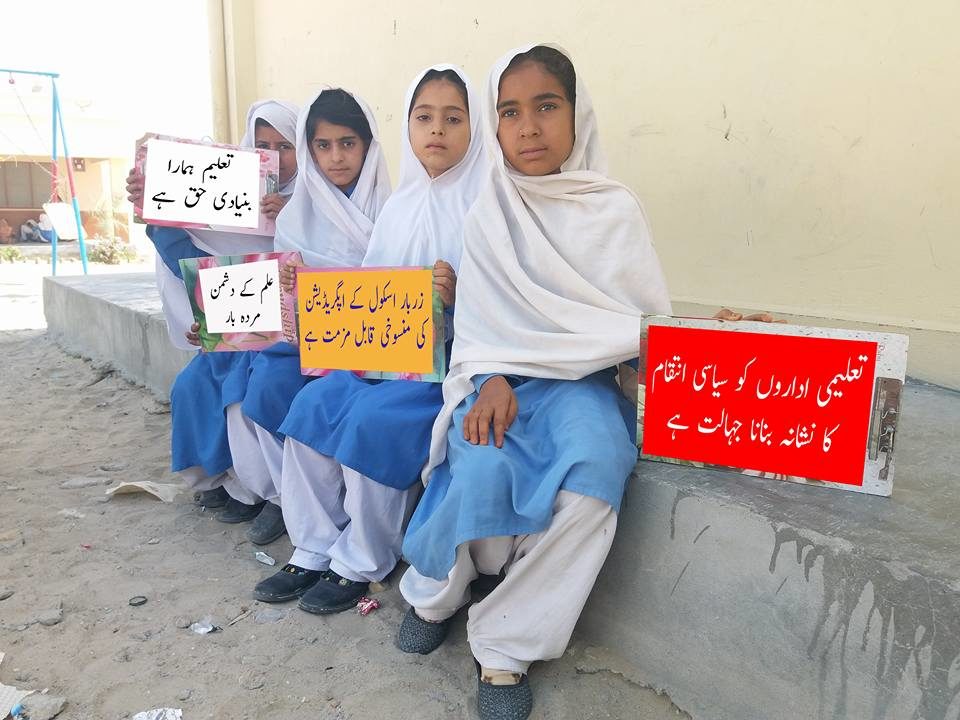 The students of Zirbar Primary School Gwadar staged a protest against the education department for cancelling the up-gradation of their school.

According to the reports, few months before education department had upgraded the Zirbar school from primary to middle and announced two teaching posts and construction of new class rooms for the middle school. But surprisingly the education department cancelled the vacant posts through an advertisement before a week.

The sources further said instead of Zirbar school, China-Pakistan Government Primary School Faqeer Colony Gwadar was upgraded to middle level and Zirbar school has been made deprived of it.

The Teachers of Zirbar school have condemned this decision and urged the concerned authorities to provide them justice.

According to a source, the cancellation of upgrading Zirbar school is a part of political game and a former ruling party is involved in it.