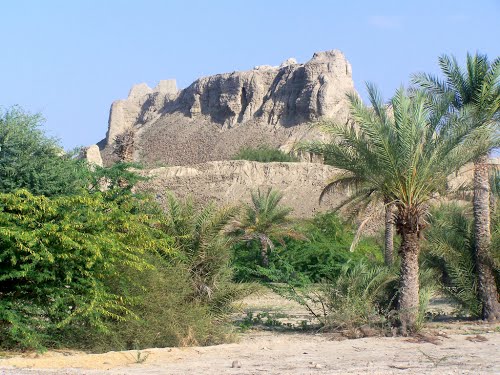 Historical palaces and antique pieces are admired and studied due to their intricacy nature. However, it has been a herculean task for the people in Pakistan to prevent the destruction of the historical heritage which face a serious threat of destruction due to natural disasters in particular and the negligence of government in general.

Furthermore, it is clear that culture and historical materials –– the symbols of a living nation –– make the society richer and stronger. Unfortunately, in Pakistan, particularly in Balochistan, such forts and historical places have been marred by weather changes and sometimes damaged by visitors. Yet, no effort has been made by the government to rebuild them.

Moreover, Meeri-a-Kalat, one of the oldest and largest forts of Balochistan, exists in Kech and said to be more than 2500 years (conventional guess) old.  If the fort of Meeri were in an Arab or European country, the beauty and infrastructure could remain the same for centuries to come.  Not only the native people could preserve their respective forefather’s contributions, but also culture loving people across the country could pay visit to explore the past.

Unfortunately, the aesthetic fort was handed over to French archeologists in 1998 for five years. Their excavation had left no stone unturned to convert the citadel to a ghost turret. Even it is said that they took away antiques and precious materials in a large number.

The decision of the government left upcoming generation far from their historical heritage. It is disheartening to say that this was not the only case; the second largest fort of Kech “Kosh-e-Kalat (the fort of air genuinely portrays), lays two miles away from Kech river, was completely destroyed by some so-called researchers and due to lack of native attention. Even though the aim of doing research in such historical places was to take out the precious materials, yet no serious step was taken. Neither the government nor the native people of Kech came forward to stop them. If the then government had stopped them from excavating; the new generation could have been able to access them easily.

However, it is not too late even. It is encouraging to see that the Lahore government had taken decision of protecting public heritage. Why not the same is applied to the rich areas of Balochistan?

Providing protection and spreading awareness about the worth of these locations should be the approach of individuals in power.  Though firstly a lofty amount is required, but later on it can be a source of income generating. This will not only entertain the people but also can be a reason of learning about their historical places and their history. What is more important is that a number of people will also be able to get jobs.

It is high time step for preserving cultural heritage is taken and we must not deprive the upcoming generations of their right of pride and heritage.

It’s a task of collective responsibility to be performed by native, local leadership, and government.