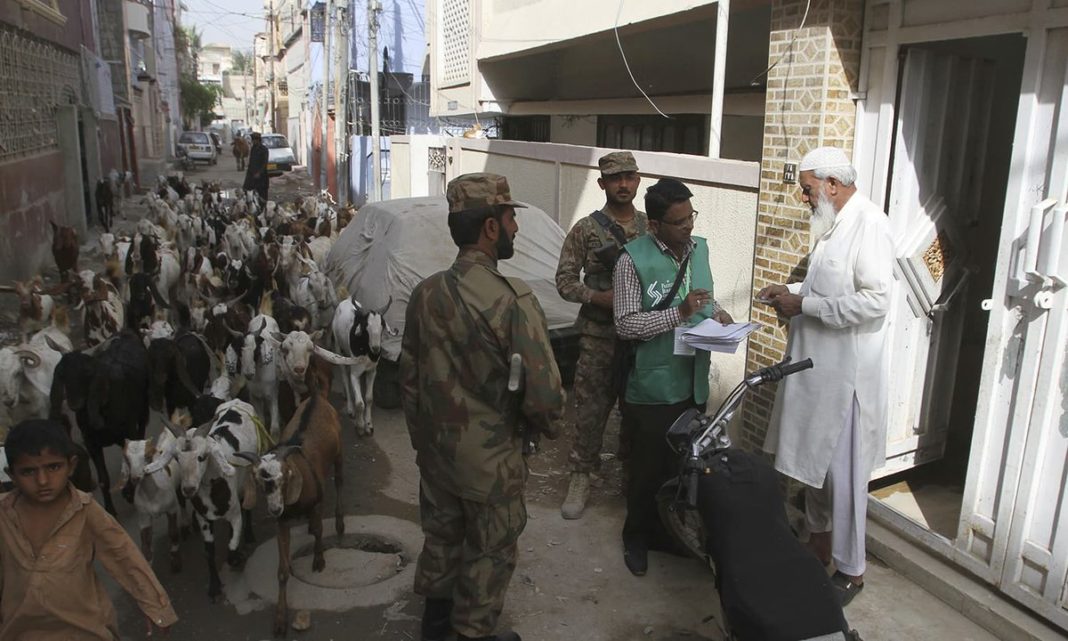 Census team has been attacked with a remote controlled bomb in Mand area of district Kech, Balochistan.

According to the latest information one soldier has been injured due to the attack.  The team also included 10 local school teachers.

Census teams have been under attack in many regions of the country. Before some days a census team member was kidnapped from Bit area of Buleda and yesterday a deadly attacked was carried out in Lahore as well.