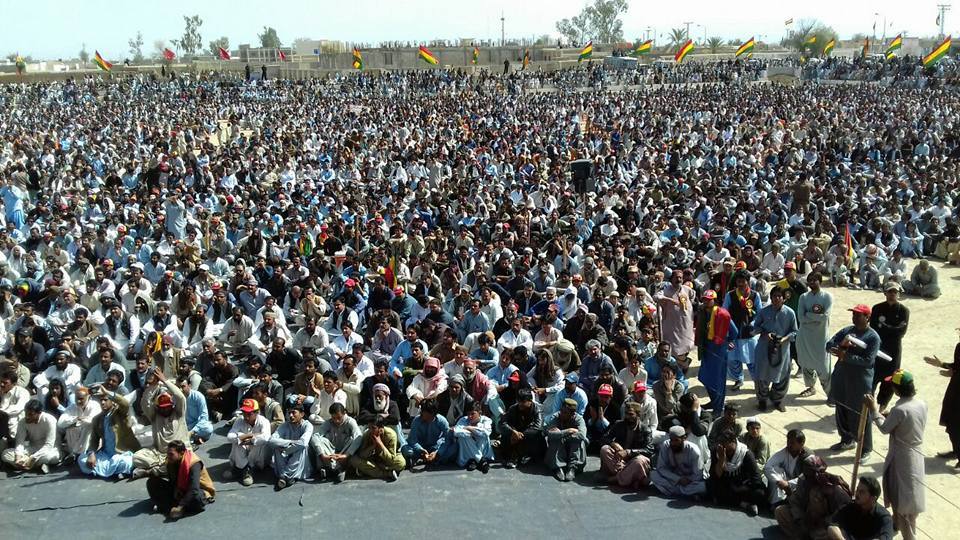 Balochistan National Party (Mengal) showed off public power in Kharan today. A large crowd participated in the public gathering and most of the BNP leaders were present on the occasion. Addressing the public gathering BNP chief Akhtar Mengal said we are not that much powerful enough to fight an atomic power with guns. Further he said, census should be not be conducted at the present situation because many of the Baloch have migrated to other regions due to operations and the Afghan refugees were given illegal identity cards which aims to turn Baloch population into minority. He demanded the postponement of census till the rehabilitation of Baloch and exclusion of Afghan refugees from census process.